According to Iranian state-run media, the Supreme Court has upheld inhuman verdicts and has sent the cases to the Urmia Judiciary’s Implementation Office for execution.

This is not the first time that Iranian authorities and judicial officials issue their sentences based on forced confessions. In recent months, the regime executed two protesters Mostafa Salehi and Navid Afkari, on August 5 and September 12, respectively. They had previously announced that they admitted to allegations under torture and other ill-treatment.

Earlier in January 2019, in an interview with Fars News Agency affiliated to the IRGC, Attorney-general Mohammad Jafar Montazeri expressed his regret over restrictions prevents the regime from executing inhuman sentences in public.

“Unfortunately, so as not be condemned on human rights issues in the United Nations, we have abandoned some of the divine laws,” he said.

These inhuman and cruel sentences are issued and performed, while nationwide protests have severely challenged the Iranian regime. In fact, Iran’s judiciary under Ebrahim Raisi, the key implementor of the massacre of 30,000 political prisoners in the summer of 1988, intentionally tries to suffocate any voice of opposition with such sentences.

Iranian opposition People’s Mojahedin Organization of Iran (PMOI/MEK) says these inhuman sentences are in line with the bloody suppression in November. Notably, the Revolutionary Guards (IRGC) and the state security forces killed at least 1,500 demonstrators and bystanders in the streets and injured many more. They also detained around 12,000 fed-up citizens for participating in peaceful protests.

On the other hand, the Iranian regime committed a permanent crime against poor accused people with coerced disabled them. “Carrying out such unspeakably inhumane punishments is not justice and underlines the cruelty of Iran’s criminal justice system. Amputation constitutes torture, which is a crime under international law, and an abhorrent assault on human dignity,” said Diana Eltahawy, Deputy Regional Director for the Middle East and North Africa at Amnesty International.

The international community must urgently act to quash these inhuman sentences. The prosecution and judicial authorities responsible for ordering and executing such practices should know that they are liable to face criminal prosecution under international law,” she added.

In conclusion, the international community must pressure Iranian authorities to stop such shocking acts of brutality immediately and unconditionally. International bodies such as the Human Rights Council must urgently act to ensure the sentences are quashed and prevent more cruelty by the mullahs’ regime against Iranian citizens, particularly prisoners. 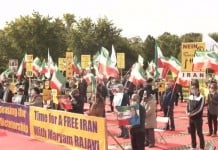 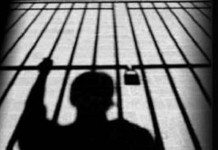 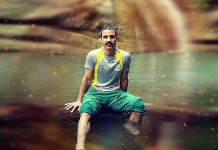 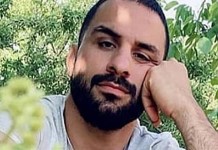 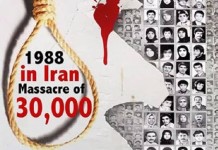 Calling Justice for Victims of 1988 Massacre in Iran