The previous year saw near-constant turmoil in Iran and this year has regrettably begun in much the same way. According to the People’s Mojahedin Organization of Iran (PMOI/MEK), the Iranian people are in the midst of various crises, including floods, unemployment, and the coronavirus, thanks to the mullahs’ complete lack of response.

These crises will continue long into the new year and will hit many more Iranians, but one should not think that the Iranian people are resigning themselves to the mullahs’ rule. Indeed, this will hit the regime harder than anyone else’s probably hard enough to propel them out of office.

While the regime tries its hardest to downplay the coronavirus, which has killed 14,200 as of writing, the MEK and the Iranian people are helping each other.

More than 14,200 people have died of coronavirus in 236 cities checkered across all of Iran’s 31 provinces, according to the Iranian opposition PMOI/MEK.#Iran#COVID19https://t.co/y2PuUI5LD5

While coronavirus kills one person every 3 minutes in Iran, [Supreme Leader] Ali Khamenei and [President] Hassan Rouhani are downplaying the crisis in their Nowruz messages.

Regarding the coronavirus, the state-run Mizan News Agency published analysis from a think tank of the regime, where they tried to place it in context with a long list of previous crises. (How many crises can one nation have in its recent history?)

This article was intended to encourage the Iranian army and paramilitary forces to prepare for their latest confrontation with the Iranian people. Rather than help the Iranian people by closing non-essential businesses, increasing money for healthcare, and providing food or money to each household, the regime wants its suppressive forces ready to crush any potential uprising.

There have been two uprisings since November-  one that began following a massive rise in fuel prices and one after the regime admitted to downing a Ukrainian passenger jet – but both of these ended up turning into a revolt against the regime and their malign rule as a whole.

The MEK Resistance Units have been continuing their anti-regime activities, like burning posters of Khamenei, to protest a lack of response to the coronavirus crisis, using social media to communicate the real facts of the crisis.

Khamenei knows that a new uprising is on the horizon, which is why he is imposing an unofficial martial law and preparing to use huge amounts of forces against dissenters. But this will not work. We can predict this from how little it worked during the past year, during the crackdown on the recent uprisings.

The MEK wrote: “As new acts of repression loom, the international community must continue to respond with economic and diplomatic pressure. By doing so, they will surely give the main opposition, [MEK] and the  Iranian people greater opportunities to guarantee that this year is the last year the theocracy remains in power.”

The Truth of the Coronavirus Outbreak in Iran by Regime Officials 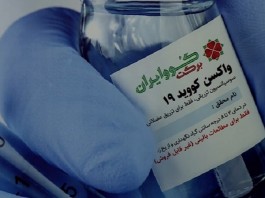 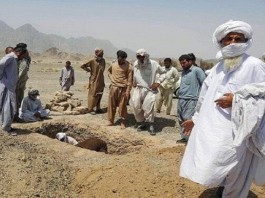 Coronavirus Situation in Sistan and Baluchestan Is Out of Control 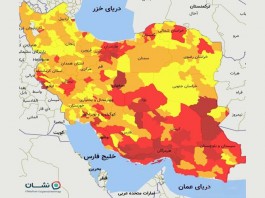