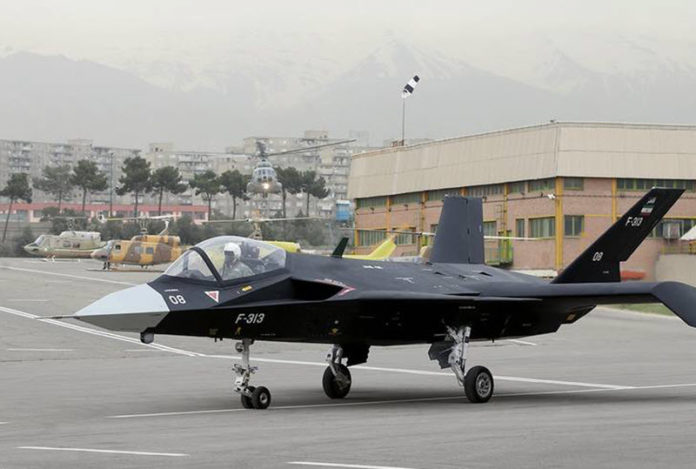 Several years ago, Iran rolled out its stealth fighter Qaher F-313 in front of then-President Mahmoud Ahmadinejad. The Regime said that the project was real, already able to fly, superior to the Lockheed Martin F-22 Raptor and the F-35 Joint Strike Fighter, and would soon be operational.

Now, if that sounds too good to be true, that’s because it is. Defence and aerospace experts from around the world met this announcement with exactly the sort of derision it deserved, but the Regime vowed that their aircraft would show the rest of the world.

But the Qaher F-313 stealth fighter has never been unveiled to the world and hasn’t been heard about in the past five years. Why? Well it was all a badly planned hoax from the start. Even the mock-ups of the Qaher F-313 appears to be little more than a propaganda stunt, designed to make the Regime look more powerful to the people, and never really intended to receive outside media attention.

The most obvious flaw is that the aircraft is far too small to hold the required amount of fuel, let alone any actual weapons. It was also doubtful that the cockpit could accommodate a fully grown pilot and there was a strong belief that the aircraft didn’t have an engine, which would severely counter claims that it could already fly. The mock-up did not even contain access panels, required for routine maintenance on every aircraft, or internal weapons bays, which are needed on stealth aircraft to maintain the jet’s low observable signature while carrying weapons.

The aircraft mock-up has not been seen since 2013, but it is likely hidden away in the Regime’s prop cupboard for the next unconvincing performance.

Defence expert Dave Majumdar wrote: “Stealth aircraft design is much more involved than simply mastering the low observable shapes. There are advanced materials sciences that need to be developed for the aircraft’s skin and coatings. Advanced analytical tools are needed to shape the internal bulkheads and other structures. Moreover, one has to master the man-machine interfaces so that a pilot can manage the aircraft’s RCS spikes in flight. There is no evidence—now or back in 2013—that suggests that Iran has mastered those technologies.”

While the barefaced lies of the mullahs are nothing new, this ridiculous stunt actually shows that the Regime is incredibly unstable and weak. Why else would it feel the need to mislead its people like this? This can only mean that the fall of the Regime is near and that the Iranian people will soon know freedom.