burying thousands of tons of rubbish and waste into the forests, unnecessary timber harvesting, wood smuggling and outbreaks of tree diseases. All are evidence of the destruction caused by the Iranian regime, which is destroying this national and global wealth.

Large parts of the forests of Hyrcani, Zagros, Arasbaran, and Iran’s southern forests have dried up.

Land-use change, vilification, and deforestation are problems that threaten Iran’s forests; Iranian forests are endangered by a variety of dangers, directly from the plundering of the Iranian government.

In a shocking confession, the Majlis News Agency reported: “About 100,000 hectares of forests are exposed to destruction and desertification annually.”

Who is doing this? How can truckloads of cut trees pass through different areas and police stations and without anyone taking notice? In truth, many photographs were taken by people showing this theft of nature and the trafficking of trees.

The mayor of Ghadamgah city in Khorasan Razavi province said: “We are paying the price for cutting the trees so that the Razavi’s monument should be seen from the crossroad. This was a mistake from the beginning.”

The eradication of the trees prompted a public outcry: “Why did the municipality ruthlessly cut the trees from 7 pm to 1 o’clock after midnight? … These were trees which each had an age of 30 years; why did the Ministry of Environment allow the cutting of these trees.”

The mayor of Ghadamgah went one step further in response to the concerns and protests of the people of the city, claiming, for fear of more protests, that “one of these trees crashed due to wind and a car impact last year, and last year again one of the trees fell down because berry beetle had destroyed it, and while one of the residents tried to pick berries, the tree broke and fell down.”

A member of the Board of Agriculture of the Iranian Parliament admitted: “In many countries, the environment is considered a natural resource and long-term and short-term plans have been put in place for its protection. In our country, poor performance has resulted in the loss of at least six million hectares of natural land. If no action is taken to prevent the death of the country’s forests, the whole ecosystem of the forest will be lost, and the country will move towards desertification more rapidly.” (State-run news agency Khaneyeh Melat) 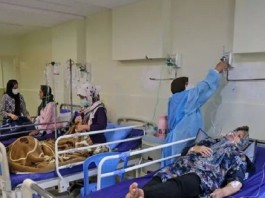 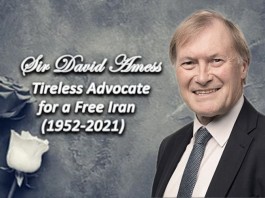 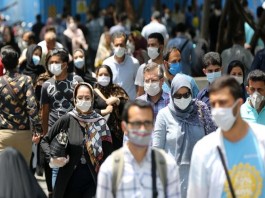