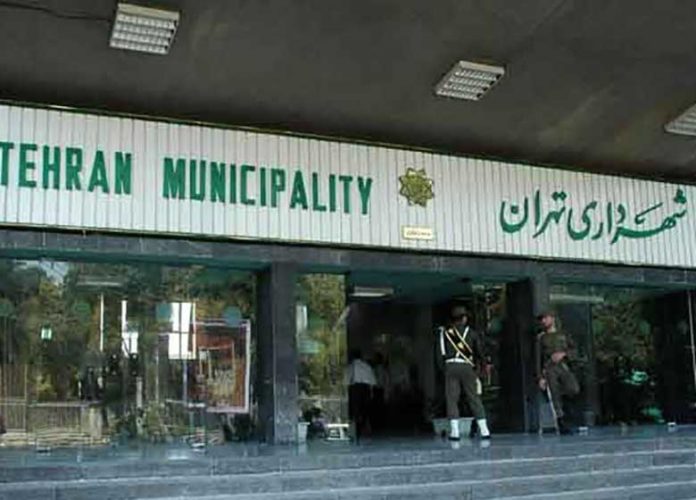 He stated, “The municipality pays nearly 5.50 trillion rials (roughly $140 million) to more than 130,000 people each month. This is too much weight on the municipality’s shoulders.”

Farahani continued, “A significant bulk of TM personnel, especially managers, are retirees and many more have been transferred from other government entities.”
Several reformist members of the current TM previously criticized the former mayor, IRGC commander Mohammad Baqer Qalibaf, for ignoring protocol.

The Islamic Revolution Guards Corps’ commander and former chief of police, Qalibaf, challenged Hassan Rouhani in May’s presidential election, but dropped out in favor of another conservative challenger.

Supreme Leader Ayatollah Ali Khamenei appointed him as a member of the Expediency Council on August 14th, although he had allegedly been accused of corruption. Qalibaf was also not re-elected as mayor, as the reformist camp won all the seats at Tehran City Council in May elections.

A member of the current city council, Rahmatollah Hafezi, has circulated a report from the Inspection Organization compiled about TM. According to this report, TM hired 4,200 people who were relatives of religious eulogists and military or civil officials, between 2011 and 2012. Approximately 30 percent of those installed at the Tehran Metro transit company were either illiterate or hadn’t reached the level of high-school education. However, their average monthly salary at the time was between 90 million and 110 million rials or about $4,000 at the dollar exchange rate.

Farahani described the situation at municipality’s subsidiary companies and organizations as “deplorable”. He said that at Tehran Metro, “There are more than 4,000 staff who are called ‘no position’ personnel and are practically idle.”

According to veteran politician and city councilor Morteza Alviri, “Corruption in Tehran’s municipality is so deeply rooted that it has become institutionalized,” Alviri had lamented on August 14. In an interview with Students News Agency (ISNA), Alviri, a former mayor of Tehran (1999-2002), said the case of “astronomical estates” was the “tip of the iceberg.” He was referring to a scandal in TM in which estates worth billions of dollars were generously distributed among city councilors and City Hall staff.

Still, Qalibaf repeatedly denies that the capital city’s municipality was corrupted during his term.