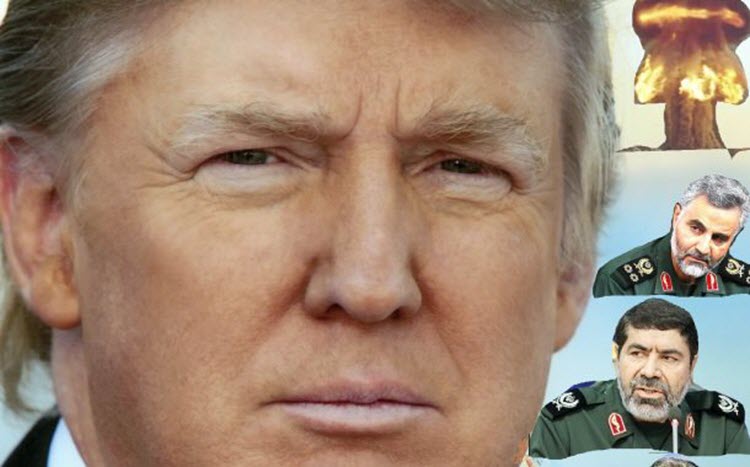 President Barack Obama pledged in 2015, “There’s no scenario where sanctions relief turns Iran into the region’s dominant power.” He continued, “This is not to say that sanctions relief will provide no benefit to Iran’s military…. We have no illusions about the Iranian government, or the significance of the Revolutionary Guard and the Quds Force.”

Obama’s message to both to his domestic and international audiences, was that his administration would still take seriously the destabilizing activity of the IRGC and that the nuclear deal would not in any way deter US resolve to confront IRGC terror activity that threatened US and its allies’ interests.

Obama said, as well, “If we’re serious about confronting Iran’s destabilizing activities, it is hard to imagine a worse approach than blocking this deal.” The nuclear deal was meant prevent Iran from achieving nuclear break-out capability, at least in the short term.

Critics have pointed out that IRGC activity has significantly increased since 2015. The IRGC commander, Qassem Soleimani, expanded IRGC bases of operation throughout Syria and created lines of supply to its proxies throughout the Arabian Gulf.

President Donald Trump is taking a harder line with sanctions against the Revolutionary Guards. Oubai Shahbandar, Fellow in New America’s International Security Program, writes in his article for Arab News, that, “By making the entire IRGC — not just the Quds Force — subject to a total freeze of its assets abroad, Trump will have more than just sent a warning show across the bow. It means that IRGC front companies, or even companies suspected of being IRGC fronts, from Asia to the Gulf states to Europe, will be shut down. The US National Security Council has said Trump’s Iran strategy has four strands: Neutralizing IRGC and destabilizing operations; targeting IRGC financial lifeblood; countering Iran’s ballistic missile threat, in which the IRGC and its front companies play an important role; and ending all pathways to nuclear weaponization.”

This last path is important as it will ensure Iranian compliance, and prevent Iran from preparing the necessary procurement, production and research facilities that will allow it to move toward a nuclear weapon after the nuclear deal’s “sunset clause” expires.

Ali Akbar Velayati, the adviser to Iran’s Supreme Leader Ayatollah Ali Khamenei, said that if the US labels the IRGC a terrorist organization, then “all options are on the table.”

However, Trump did not initiate a wholesale pull out from the nuclear deal, but instead, the White House has now shifted the pressure and spotlight on the IRGC.

If Tehran decides to initiate massive breaches of the agreement as a retaliatory measure to sanctions against the IRGC, then White House administration senior officials believe that a stronger case can be made to European allies that Iran is in violation of the nuclear deal.

Still, Ben Rhodes, Obama’s senior foreign policy adviser, has argued that Iran is much stronger today than it was then, and that direct confrontation would only de-incentivize Tehran from holding its end of the nuclear bargain.

Trump is playing from a wholly different playbook — one that is prepared to deal with the Islamic Revolutionary Guard Corps (IRGC).