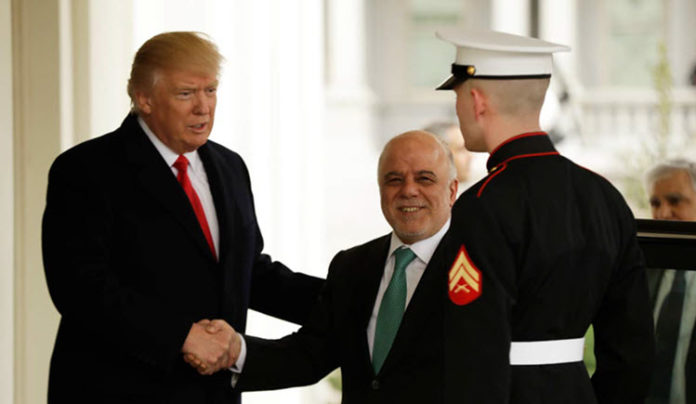 At approximately 4.10 pm EST, Trump told the delegation from Iraq that nobody knew why President Barack Obama signed a nuclear agreement with Iran.

He also mentioned to Abadi that his team, including Defence Secretary James Mattis, Vice President Mike Pence, and Secretary of State Rex Tillerson, want to discuss with the Iraqi delegation, the Iranian Regime and the threat it poses to the middle east and the world as a whole.

This would include their terror attacks, the murder of American citizens, and their terror training camps, which were recently revealed by the Iranian Resistance group, the National Council of Resistance of Iran.

ISIS and the Iraq War

This meeting came as Trump is preparing to host a 68-nation meeting regarding the so-called Islamic State (ISIS) and how best to counter its influence and destruction in the middle east and around the world.

It is part of Trump’s campaign pledge to eradicate “radical Islamic terrorism” and increase the efforts to fight ISIS.

The White House are also concerned about the vacuum of power that was created when the “Islamic State” claimed Iraq, after the withdrawal of American troops (under President Obama) who had been sent there during the second Iraq war, under President George W Bush.

He hinted that it may be necessary to deploy more ground troops in Iraq in the coming months.

During the meeting, Trump said that the US “shouldn’t have gone [into Iraq]” in the first place. Despite claiming that he’d always opposed the Iraq war over the course of the election (which was debunked by numerous fact checkers including Snopes, Politifact and Fact Check), it is possible that Trump is now saying in hindsight that the invasion was wrong which many US politicians (and members of the public) now agree with.

Trump pledged to help war-torn Iraq, but with reports of significant proposed budget cuts for the State Department and the U.S. Agency for International Development (AID), it remains to be seen how helpful, Trump will be.

This was Abadi’s first visit to the White House since Donald Trump took office on January 20. 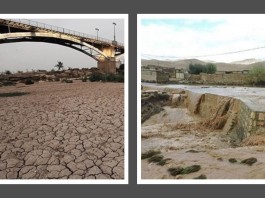 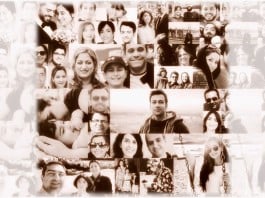