Amnesty International published a statement on April 8 calling for a halt to the execution of Rashid Kouhi, 28. But he and four others were executed on the charge of narcotics trafficking. Javad Mirzadeh and Hossein Farhadi were also among them, while the names of the remaining two are not known at this time. 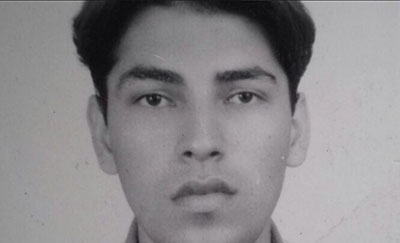 The National Council of Resistance of Iran (NCRI) strongly condemned this execution on April 10 and said in a statement: “The criminal hanging of Rashid Kouhi, a 28-year-old student, on the pretext of smuggling narcotics demonstrated the brutality of the religious fascism ruling Iran in a most appalling manner. The Iranian Resistance once again urges all international human rights bodies to unequivocally condemn this antihuman crime.”

“The Iranian Resistance brings the attention of European leaders… to the fact that political and economic relations with the Iranian regime encourage it in its savage violation of human rights and export of terrorism and fundamentalism and that these relations must be preconditioned to an improvement of human rights, in particular a halt to executions,” the NCRI statement continued.

The statement made particular reference to European Union foreign policy chief Federica Mogherini and Italian Prime Minister Matteo Renzi. The latter is scheduled to visit Tehran this week, following upon a number of previous visits among European and Iranian high officials.