But the result was the eruption of more infighting with rivaling officials. During Rouhani’s speech, elements of regime supreme leader Ali Khamenei implicitly threatened the regime’s president to death.

During the event, Khamenei’s elements tacitly disrupted Rouhani’s speech. In response, Rouhani claimed, “[Causing] difference and dispute are the US will; we should not let the voice of the US rise from the larynx of a few, though very few in the country,”

However, while the Iranian president is obligated to act within the regime’s framework, but he intends to push his rivals back as parliamentary elections in February approach. Previously, this round of infight was triggered by the sentencing of Rouhani’s brother Hossein Fereydoun (Rouhani) to five years imprisonment on corruption charges.

Rouhani seized the opportunity and reacted to the recent step of the Judiciary, controlled by Khamenei. He pointed out some corruption cases previously exposed, saying, “After several years, it is still not clear—the person who stole $2.7 billion of the people’s money and was arrested and sentenced to death and is currently in prison—what happened to this money? Who is responsible? Why the people aren’t made aware of the persons involved in this case? I want authorities to clarify for the people what happened to the $2.7 billion.

“I urge all authorities and institutions to explain about the $2 billion he says was devoured by America. Several years ago, the Supreme National Security Council adopted that the judiciary should urgently investigate this case. But there is no news to date.”

While Hassan Rouhani threatened the rivaling faction to expose more corruption cases during the next provincial trips, he continued, “I urge authorities to explain the $947-million case to the people. An institution got $947 million and has not been accounted for. It should be held accountable and investigated.

“I urge the [responsible] structures to explain about those institutions that are debt more than $700 million to the people… What happened to the major corruption cases? Why did you [judiciary] investigate these embezzled monies? The people will not be deceived by taking a few individuals to the court and making a fuss about them.”

This is not the first time that Rouhani attempted to push back his rivals by worthless claims. “We are here to tell pro-violence extremists that your era has come to an end… You [hardliners] cannot stand against our youth’s choice of freedom and progress… This month, the nation will once again reject those whose main decisions have only been executions and imprisonments over the past 38 years,” Rouhani said during a presidential rally in Hamedan on May 12, 2017.

Of course, he forgot or would like to forget his own background as he was an intelligence officer throughout the past 40 years. Insofar as his cabinet is the most security-centric cabinet over all these years.

In fact, the authorities have been crippled to solve any socioeconomic problems and they are gradually losing their influence in neighboring countries. Moreover, the impact of the freedom-loving people’s anti-regime activities across the country has absolutely terrified the regime’s officials. Some fear that infighting between highest officials would pave the way for the people to demonstrate their denouncing of the regime in its entirety. Fearing the repetition of the nationwide 2009 protests, Khamenei’s acquiesced to the second term of Rouhani’s presidency in 2017. Notably, on August 11, an Iranian reformism advocator Sadeq Zibakalam emphasized that “the people have totally rejected the game of reformists versus hardliners.” He admitted that the Iranian people won’t be deceived by the officials’ claims and they targeted the regime in its entirety when chanted the slogan, “Reformists, Hardliners, the game is over!” 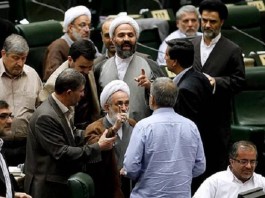 Iranian Officials Warn Each Other About Their Destructive Behavior 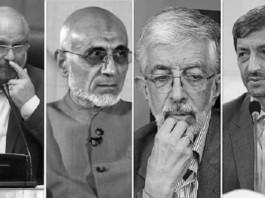 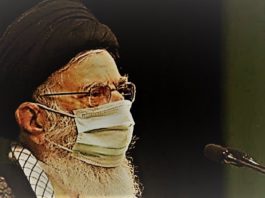