The anger and hatred of the people towards Iranian wrestling champion Navid Afkari’s execution has frightened the Iranian government so much that state media and government officials have issued serious warnings about the consequences of Navid’s death.

In the international arena, his execution has also had a serious impact, and international condemnations are being made at the highest levels against the regime’s rule.

FYI: Navid had willed that his family donates his organs among needy people after death. https://t.co/0qUEf4j09K pic.twitter.com/zHPBX3Da2e

This criminal act has become so hated in the international scene that even Germany canceled a pre-arranged visit of Javad Zarif because of Navid’s execution.

Regarding the global reaction to the execution of Navid, Hamedli daily wrote: “The cancellation of Mohammad Javad Zarif’s trip to the three European countries that was to take place in the coming days has raised much speculation about its relation with to some international stance on the execution of Navid Afkari. According to the German newspaper Bild, citing its sources, the Iranian Foreign Minister’s visit to three European countries has been temporarily canceled.”

The Foreign Ministry spokesperson tried to announce that the cancellation of Zarif’s trip to Europe was not due to the effects of the execution, but to ‘logistical problems’.

State-run website Etemad on 12 September wrote: “Due to logistical problems caused by the outbreak of the coronavirus, these trips have not been finalized yet and are unlikely to be finalized in the next few weeks.”

Many countries, including the United States, the Netherlands, Europe, Germany, France, Belgium, Canada, the spokesman for the UN Secretary-General, and many human rights and sports associations, including the World Wrestling Union, condemned the cowardly execution of Navid by the regime’s judiciary.

The global condemnation of the death penalty is so widespread that Ali Bagheri, Deputy of International Affairs and Human Rights of the regime’s Judiciary while expressing his fear, accused European countries of having a ‘long history of supporting dictators’ and advised them ‘do not spread lies like an opposition group’. (State television Channel One, 14 September)

So far, the international community has not had such a unified, widespread, and angry reaction to any of the regime’s acts.

This prompted the deputy of the regime’s judiciary to ask the Europeans to ‘observe diplomatic etiquette’.

State-run daily Javan affiliated with the Revolutionary Guards announced the intensification of the regime’s isolation due to the execution of Navid Afkari and wrote: “Remarks by Ali Bin Hussein, president of the West Asian Football Association (FFA) on the issue of ‘Navid Afkari’, and his efforts to persuade FIFA and the International Olympic Committee to disqualify the (system) from participating in international competitions confirm that the Football Confederation is politically working to hit the system’s sport. The Asian Football Confederation (AFC) is moving ahead of FIFA today, seeking to start the (system’s) sanctions in any way.” (Javan daily, 16 September)

State-run daily Etemad acknowledged the people’s distrust of the regime’s judiciary and wrote: “The main challenge is that the judiciary, security, and media of the country can in no way, whether the statements of official spokespersons or the confessions of influencers, gain the trust of sections of society (which are sometimes not insignificant) to the fairness of the verdict.

“On the other side of the coin are the rulings issued in the case of people like Mortazavi, Tabari, Rafiqdoost and some other insiders that public opinion believes will be treated with kindness and tolerance, and if one of them was an outsider (the people), now he was facing the gallows.” (Etemad daily, 16 September)

State-run daily Mostaghel acknowledged the intensification of the regime’s global isolation as a result of Navid’s execution and wrote: “The execution of Navid Afkari was a wake-up call to Biden’s policy passivity against the regime, forcing him to take a more radical response to the regime.”

And state-run daily Setareh-e-Sobh quoting Ghasem Mohabali, a former official of the regime’s Ministry of Foreign Affairs, wrote: “The EU considers three different pillars or factors for its foreign relations; The first is human rights, the second is a democracy, and the third is a competitive market economy.

“The hasty execution of Navid Afkari, a young athlete accused of killing a security guard during a protest, although a political issue, and is directly related to the temporal and spatial conditions and capabilities of the opposing sides in Europe, but in relation to all countries, the European Union adheres to the same framework.” (Setareh-e-Sobh, 16 September) 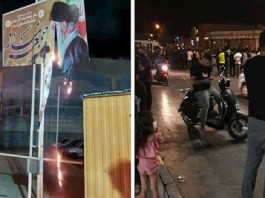 How Protests Are Targeting the Iranian Regime 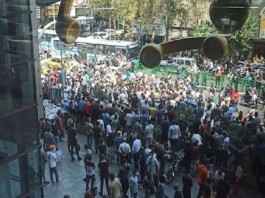 Khuzestan’s Protests Extend to Tehran and Across Iran 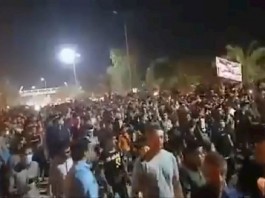