Mullahs’ regime official news agency (IRNA) reported from Baghdad on Wednesday, December 25, quoting an Iraqi “knowledgeable official” that the body of Niknam (Mohammad Ratebi), one of the seven hostages abducted in Ashraf on September 1, is in Baghdad and in the hands of Government of Iraq and among other victims. The said official described “Niknam” as PMOI strategist.

This is while a senior State Department official, declared in a hearing at the House Middle East Subcommittee of Foreign Affairs Committee on November 13 that “We can’t pinpoint where the people are… the 7 people, they are not in Iraq.”

Iraqi official’s acknowledgement today (Wednesday, December 25) on the killing of one of the hostages is irrefutable evidence on the presence of hostages in Iraq. To save the lives of the other hostages, it is now very essential and vital that the U.S. government and its intelligence organizations provide all their information and discoveries on the hostages and on the attack on Ashraf with complete transparency and not allow the truth to be sacrificed for political considerations as in cases such as the terrorist attack on the U.S. representation in Benghazi.

Once again, the Iranian Resistance underlines the imperative for an independent and thorough investigation by the United Nations and the introduction of the perpetrators of crime against humanity and their referral to the International Criminal Court.

Victim’s IDcard as a “PROTECTED PERSON” issued by the U.S. government is attached. 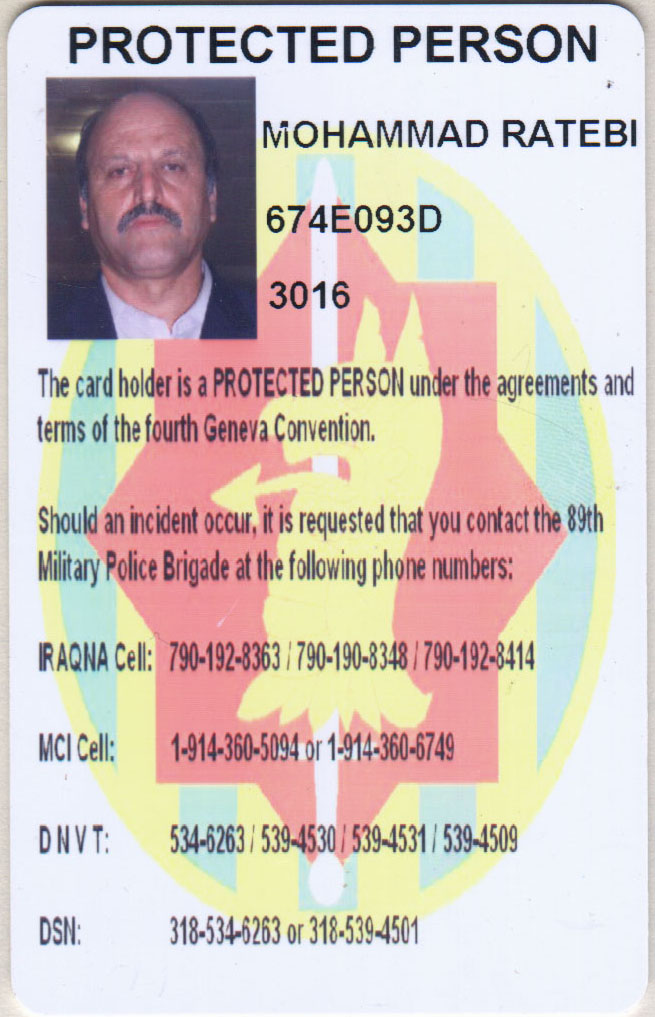