One of these ways is through the MEK’s satellite television channel Iran National Television (INTV), also known as the Voice of Freedom. The channel, founded in 1996, broadcasts around the clock to the Iranian public and some other countries, intending to provide a “truthful media outlet to foster a democratic Iran that respects the human rights of all”.

In a country where there is no free press and information is restricted, INTV serves to inform and educate the Iranian people. The MEK channel, which broadcasts from London, is run largely by volunteers and its reporters have an extensive network of contacts in Iran who inform them about internal matters and events.

INTV has no adverts and exists solely to benefit the Iranian people. Its news programs focus heavily on the inner workings of the regime and on any anti-regime protests, including those shaking the country at present, both things that are censured in the regime-controlled media. As such, many ex-pats and Iranians rely on the MEK channel for an independent look on what is happening in Iran.

Daily, the MEK channel has roughly 10 million viewers, while its website receives tens of thousands of hits. According to a 2013 report by the Islamic Republic of Iran Broadcasting (IRIB), over 42% of Iranians watch satellite TV and spend an average of three hours a day watching foreign broadcasts, which led the head of IRIB to say that INTV has “penetrated” the majority of Iranian households.

In January 2013, a 50-hour INTV telethon raised $4.1 million, with contributions ranging from one dollar to several thousand dollars across 32 countries including Iran. Many MEK supporters sent in messages with their donations, such as Firoozeh in Mashhad who contributed $54 and said he saluted the MEK leaders and that the MEK Resistance Unit he belonged to would be “standing to the end”, while Shahryar, from Karaj, gave $216 and wrote that he was “supporting [the MEK] from the unit of Bardia Mostifian. Down with velayat-e faqih!”

The regime sees this and is scared by it, which is why they executed a man for donating to the MEK channel. Gholamreza Khosravi Savadjani, 51, was arrested in 2007 for his donation and originally sentenced to six years of hard labor but after an appeal by the Ministry of Intelligence and Security, his sentence was changed to six years in prison. 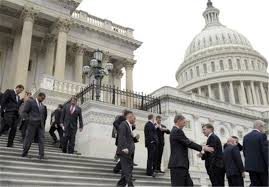 Savadjani said: “The basis for my death sentence is that I have exposed the brutality of the Ministry of Intelligence and refused to provide information and doing TV interviews, renouncing the MEK.”

In our next piece, we will look at how we can judge MEK support by the number of people who own satellite dishes, as well as by how the regime responds.