There are many problems currently facing Iran, from sanctions to floods to poverty, but the fact is that the mullahs cannot offer a solution. In fact, they are causing or making worse the crises. It is clear that the West’s appeasement plan has not emboldened the moderates, largely because, as the MEK have continuously said, there are no moderates in the Regime.

The MEK rally advocated that the only legitimate way to solve Iran’s woes was to remove the mullahs and end the theocratic government, but there is no need for the US to resort to a war against Iran. That would be roundly unpopular and deny the Iranian people their right to self-determination.

Instead, the US should lend its vocal support to the MEK and the leader of the NCRI coalition Maryam Rajavi. The US should also increase economic and diplomatic pressure on the Regime through things like sanctions, condemnations of their behaviour by the United Nations Security Council, and designating the Iranian Ministry of Intelligence and Security (MOIS) as a foreign terrorist organization. The US already did this to the Iranian Revolutionary Guards Corps (IRGC) earlier in 2019 and this was welcomed by the MEK supporters. 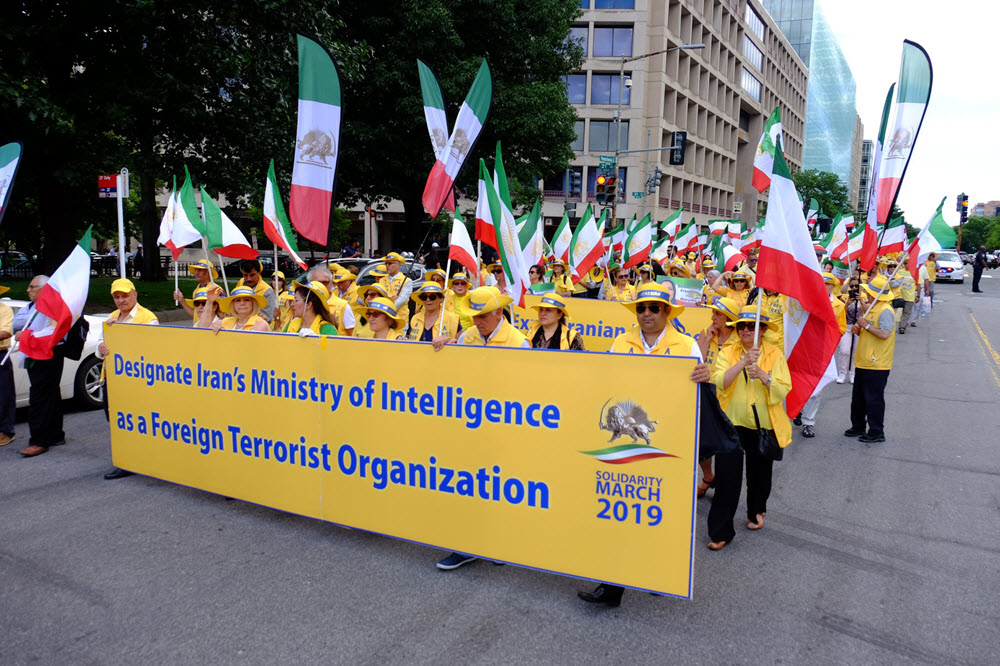 During the rally, before the crowd marched on the White House, MEK leader Rajavi addressed the crowd via video link.

She said: “We have and will continue to declare that what we seek is the regime’s overthrow, overthrow, overthrow… Fellow sympathizers of the Iranian Resistance, rebels for a Free Iran, travelling all the way from across the US, to come together in Washington, DC. The Iranian nation hears your anthems and your cries for freedom.”

Last June, at a MEK rally in France, Rajavi addressed the 100,000-strong crowd in person and the Iranian Regime tried to bomb it. Thankfully, they were caught by European authorities, but the Regime used several agents, including a so-called diplomat stationed in Vienna, to carry out the attack.

Of course, the Regime also tries to attack the MEK wherever they can, including at an Iranian New Year celebration held at the MEK compound in Albania in March 2018. The Regime tried to set off a bomb, but Albanian authorities foiled the plot.

The MEK is also most under attack within Iran itself, especially as the nationwide uprising that they sparked in December 2017 is continuing to grow in size and strength.