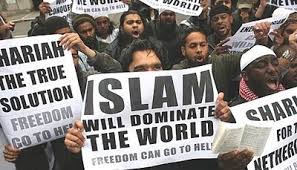 Another editorial, published on Friday by the Gatestone Institute, points to the recent, practical consequences of this ideological commitment. The exportation of radical Islam has given Tehran a foothold in Lebanon, Syria, Iraq, Bahrain, and Yemen. The Gatestone editorial adds that it “has encircled all the oil fields in the region” and is working to expand its influence across the world, as far away as South America.

The article goes on to say that these sorts of goals are essentially supported by what amounts to appeasement from the current US government. Repeating criticisms levied by a great many opponents of the Iranian regime, Gatestone argues that the Obama administration’s approach to Iran is allowing it to make greater progress toward nuclear weapons while also expanding its hold on the region.

“It is also becoming increasingly clear,” writes the article’s author, Bassam Tawil, “that the Obama Administration’s policy consists of running after Iran, in order to concede everything it wants, just to be able wave a piece of paper not worth the ink on it, claiming there is ‘a deal.’”

Tawil also refers to “the lone voice of Israeli Prime Minister Benjamin Netanyahu,” who has raised particularly strong alarms about the threat posed by Iran, and is set to speak before a joint session of the US Congress on March 3 in an attempt to sway US policy back toward the more hardline approach already favored by the vast majority of American legislators.

Israeli officials generally regard any expansion of Iranian power as an existential threat, owing to the regime’s repeated calls for the destruction of the Jewish state. On Thursday, according to the Jerusalem Post, Netanyahu described Iran as fighting Israel on six fronts, through its proxies and expeditionary forces in Lebanon, Syria, Gaza, and Sinai, and through its support for terrorism around the globe and its pursuit of nuclear weapons.

The JTA news service reported on Friday that in light of this existential threat posed by Iran, Holocaust survivor and Nobel Peace laureate Elie Wiesel had issued a statement urging US President Barack Obama to reconsider his decision to not meet with Netanyahu when he addresses Congress.

“I plead with you to put aside the politics that have obscured the critical decisions to be made,” he said in an ad to be published in the New York Times, implying agreement with the sentiments of other critics who believe the US president has underestimated Iran and placed too much focus on political pragmatism and too little on the ideological motives driving the Iranian regime’s actions.