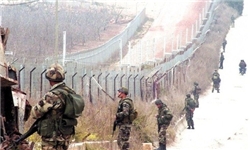 A major crisis faces Muslims today, unlike any other they’ve met in modern history: their reputation has been tarnished. Large numbers of people now consider Muslims a danger to security, on a political and cultural level. There are public calls to clamp down on Muslims and consider them as an undesirable community.

Because restlessness is a hallmark of racist people, their success in what they are doing to Muslims will encourage them to torment and marginalize others, creating a crisis much larger than what we are witnessing now.

Abdulrahman al-Rashed, former General Manager of Al Arabiya News Channel, and internationally acclaimed journalist, writes in an article for Al Arabiya, “In my opinion, it is wrong to disregard the image that has emerged of Islam and Muslims, as well as the anger against them. It is also wrong to label it as racism; instead, we should try to understand its origins and deal with it. Before that, it is necessary to stop denying the problem within the Muslim communities and we should stop considering that the reactions to Islam and Muslim are just racist. Of course, this does not negate the role of racist and opportunist people in fueling the bad image and hatred against Islam.”

The problem began with the Iranian revolution, al-Rashed believes. Using violence, mobilization, and plots, the revolution claimed to defend Islam and Muslims around the world.  He says, “Prior to all that, Muslims were only minding their own affairs and were dealing with other communities in peace; they were only following their doctrines and practicing their religion. However, the Tehran regime wanted to exploit Islam and Muslims in the world. They started to chant ‘Allahu Akbar’ with their bands on their heads, on which religious and political slogans like ‘I am at your service Khomeini’ were written.”

This “new Islam” has nothing to do with Muslims. These people have taken this new title for a different Islam and new Muslims. They created problems that would serve their political conflicts, like converting an unknown story that was published in Britain, and using it to fuel the hatred Britain by Muslims. This, despite the fact that Iran has printed books and novels that are more blaspheming against Muslim beliefs as well as other religions. They put out a financial reward to kill author Salman Rushdie. This was a political act, plotted by the Iranian regime.

Consequentially, oppression of intellectuals, cartoonists and leaders of other religions began, and has gone on for many years now. Claiming that it is defending their religion, causes, communities and cultures, Tehran has been leading Muslims like sheep. Now, al-Qaeda has risen, and has followed Tehran’s lead.

“This is how they distorted Islam and generated a bad image about Islam that is now hated by the whole world,” writes al-Rashed.  He says further, “We have been dragged into a big hole dug by a group of extremists in Iran and elsewhere. This is not our Islam and we should not be defending their Islam, their ideas and their cases.”

According to al-Rased, there are two forms Islam in the world. The Islam of Iran and other extremists has nothing to do with the other, the moderate Islam and Muslims. He says, “We should stand with those who are against the tarnished Islam and extremist Muslims because we (moderate Muslims) are the first to be affected by this Islam and Islamic regimes and groups.”

Denouncing the Islam of Iran, al-Qaeda, ISIS and the organizations that are forcibly involving religion in politics for the sake of the true Islam, individual faith, and all the Muslims in different countries, is necessary now.

The political conflicts of the world and its governments have nothing to do with religion. Governments who want to intellectually exploit Muslims should not be supported. They do not care about the relations between nations, or about what is happening to the majority and minority of peaceful Muslims in their countries.

“They only want to emerge victorious from the ashes of chaos. They know that they will lose once peace and moderation prevails,” al-Rashed concludes.