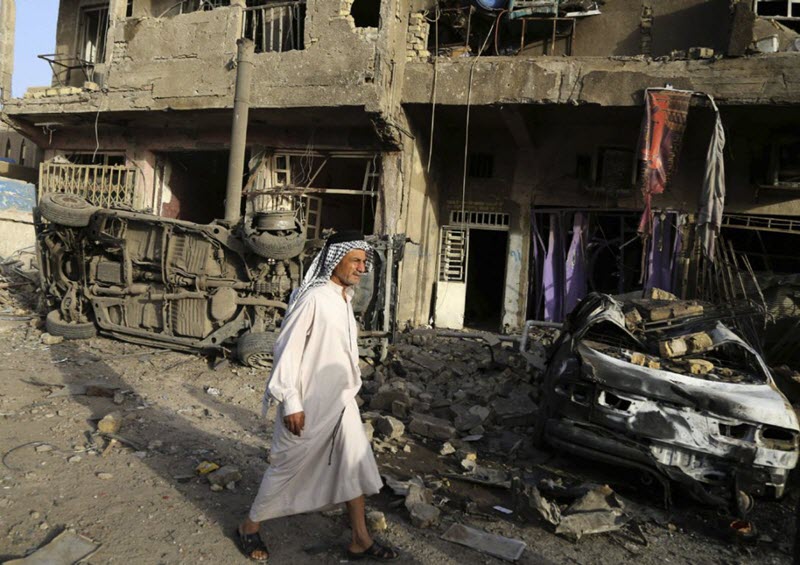 A political vacuum risks being created should Prime Minister Haidar Abadi fail in his mission to lead Iraq to stability. Currently the country has large swathes of territory occupied by Daesh (ISIS). Mosul, Iraq’s second city, has been held hostage for two years now with world leaders forever pushing back the date of their assault on the city.

Refusal to accommodate Sunnis in the political process and fight against Daesh is creating more animosity. During the Iraq War the Anbar Awakening was a turning point for the US and their allies, attempts to re-create such a movement amongst Sunni tribes have failed this time around thanks to interference from former Prime Minister Nouri al-Maliki, who has been linked with the Iranian regime.

Rank corruption in Iraq has been fueled by the billions of foreign dollars pumped into re-construction of the country. Dishonest officials have been unable to resist the pots of gold meant for the wider population to enjoy.

Stevenson is concerned about the potential of a second battle for Baghdad. The war against Daesh has proceeded far slower than initially thought, recent suicide bomb attacks in Baghdad prompted Abadi to withdraw Iraq’s remaining rag-tag army to defend the capital, he said, potentially giving Daesh room to expand further.

To resolve the crisis Stevenson suggests that Iranian influence needs to be removed. Technocratic ministers need appointing whom have the country’s best interests at heart. The United Nations, the United States and the European Union also have to use their strength to persuade Abadi to carry out these actions.