Home News Middle East What will President Obama’s Legacy Be, After Aleppo? 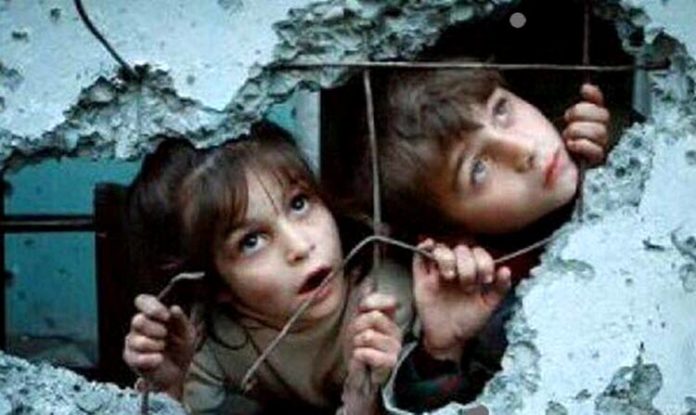 Ms. Power, who is now ambassador to the United Nations under President Obama, sat inside the Security Council chamber as world powers argued over the genocide that’s become so familiar, that we’ve seen in places like Rwanda, Srebrenica and Guernica.  With the months long siege of Aleppo nearly over, but the political backlash has just begun, with Barack Obama a prime target.

In an article in Yahoo News, the question is, “How did this happen?”

No one really knows how many people have died, but estimates place the number at some 300,000 people over the six years of Syria’s war.  As Aleppo falls, this number will increase.

In the city’s last rebel-held areas, residents are trapped alongside the fighters. They face death from the sky if they stay, and torture or execution if they flee.

“How did this happen?”

Ms. Power, agrees with the White House administration, who points directly at Damascus, Moscow and Tehran. “The regime of Bashar Al-Assad, Russia, Iran, and their affiliated militia are the ones responsible for what the UN called ‘a complete meltdown of humanity’,” she told the Security Council, and demanded, “Are you truly incapable of shame? Is there literally nothing that can shame you? Is there no act of barbarism against civilians, no execution of a child that gets under your skin, that just creeps you out a little bit? Is there nothing you will not lie about or justify?”

Assad’s loyalists, Russian warplanes and Iranian-backed militia have killed Syrian civilians, but for many, at least part of the culpability lies with President Obama.

The slaughter in Syria will forever be a challenge to the reputations and the consciences of US officials, from the president on down.

The US President said in September, ”There hasn’t been probably a week that’s gone by in which I haven’t reexamined some of the underlying premises around how we’re dealing with the situation in Syria.”

White House spokesman Josh Earnest stated, “I readily acknowledge that we are not seeing the results that we would like to see in addressing the violence inside of Aleppo,” and added, “it’s offensive to somehow suggest that the United States government and the world is not doing anything.”

Obama has believed that putting American troops in Syria would be disastrous, and that establishing a no fly zone would have risked war with Russia.  He ignored his own “red line” on Assad’s chemical weapons use, as well as aides who warned that America’s reputation would be damaged by inaction.

The lack of public pressure to act, allowed the administration to believe that there was no military solution to the conflict in Syria.

Power’s observations nearly 15 years ago are echoed here — faced with unspeakable violence, American officials often talk themselves into  believing that US intervention won’t work, or will possibly make things worse.   Especially because events in Iraq, Afghanistan, and even as far back as Vietnam, are seared onto the American psyche.

Obama opted for diplomacy as the way forward.

During a recent trip to Europe, Secretary of State John Kerry told reporters, ”I think that we have done, frankly, as well as you can do under the circumstances,”

He was ridiculed over his repeated efforts to coax Russia into a deal to end the fighting. Critics alleged that Russia had no intention of making a deal.  Like the White House, Kerry believes it was worth a try. “I’m not going to spend time regretting bona fide efforts to do things.”

The White House understands that with power comes responsibility, and its spokesman, Earnest stated, “The United States has a special responsibility because we have the most influential, strongest country in the world. We readily accept the responsibility.”

As the US President prepares to leave office, his opportunities to intervene have dwindled to nothing, and leave us wondering why “decent men and women” in Washington, once again, “chose to look away.”