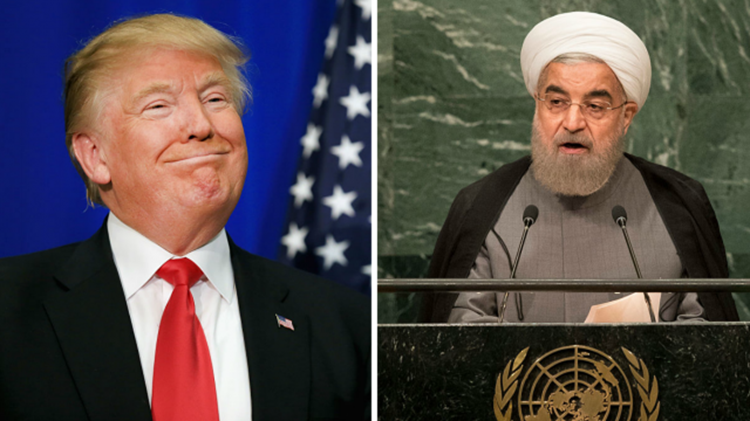 Many Democrats and Republicans agree on upgrading sanctions on Iran. President-elect Donald Trump is expected to place his support behind this initiative, as well.

The Iran Sanctions Act (ISA) extended Congressional prohibitions for another decade, a move that had bipartisan support,  a 99-0 vote in the Senate and 419-1 in the House, infuriated the leadership in Tehran.

There have also been discussions within the Trump camp regarding new, non-nuclear sanctions against Iran.

From Iran’s perspective, the ISA passage, following the  election of Donald Trump and the Republicans taking full control over Congress, is a blow that signals an end to the permissiveness of President Obama’s approach to Iran.

The favor shown to this new extension points out the major faults that existed in the Joint Comprehensive Plan of Action (JCPOA) and the entire negotiation process from 2012 to 2015.

The West was blinded to how Iran continues to push forward other disruptions.  The horrendous human rights violations, the efforts to obtain long range ballistic missiles, and the devastation occurring in the entire Middle East, have been glossed over, ignored. Iran remains the leading state sponsor of terrorism, providing support for Syrian dictator Bashar Assad, Shiite militias in Iraq, the  Houthis in Yemen, and the Lebanese Hezbollah.  Eleven Middle East governments issued an unprecedented letter to the outgoing United Nations Secretary General Ban Ki-moon warning of Iran’s meddling in the Middle East.

Alavi writes, “With Democrats joining their Republican colleagues in passing the ISA, one can sense the pressure they had to endure under Obama to pledge their support for his foreign policy of waiving Iran sanctions.”  He adds, “In the meantime, Tehran took full advantage to elevate its proxy influence, network of terrorists and rendering a completely destabilized, flashpoint-style, crisis-riddled Middle East.”

“Iran considered the Obama foreign policy a green light to continue its conglomerate of devious activities jeopardizing peace and security across the region, especially as Obama repeatedly had the legitimate right to inflict sanctions, and refused to do so,” according to Alavi, who continues, “Team Obama provided Iran’s mullahs the leverage of threatening to walk away from first the nuclear talks, then the JCPOA, to make sure the Obama administration remained reticent from considering new sanctions.  Obama had a major weak-point of specifying the JCPOA as his legacy, allowing Tehran to continuously utilize this to the fullest.”

The Trump Doctrine has yet to unfold, but  the list of candidates he has placed forward provide a hint. Certainly,  the incoming administration will bring change to Iran, and most likely the entire Middle East.

Already, the Trump Team has a encouraged Congress to extend sanctions on Iran. General James Mattis is on the path to the Pentagon, and the Central Intelligence Agency is to be directed by Michael Pompeo, who is a fierce critic of the Iran nuclear deal.

Team Trump and the new Republican Congress have options and targets on how to handle Tehran. A realistic measure is to stand alongside the Iranian people and their democratic opposition, the National Council of Resistance of Iran.

The reality is that Tehran is the sole party who is in need of the JCPOA.  Iran may threaten to restart its nuclear activities, but it has gained too much under the deal, that abandoning it would not be in their best interests.  However, the nuclear deal falling apart is a possibility.

“Time will tell if the Trump administration will tear apart or further enforce the Iran nuclear deal. Both options spell disaster for the mullahs,” Alavi says, and concludes, “With the mullahs out of power in Tehran, the cure for the dilemmas they caused, diseasing the Middle East and beyond, will begin to spread instead.”