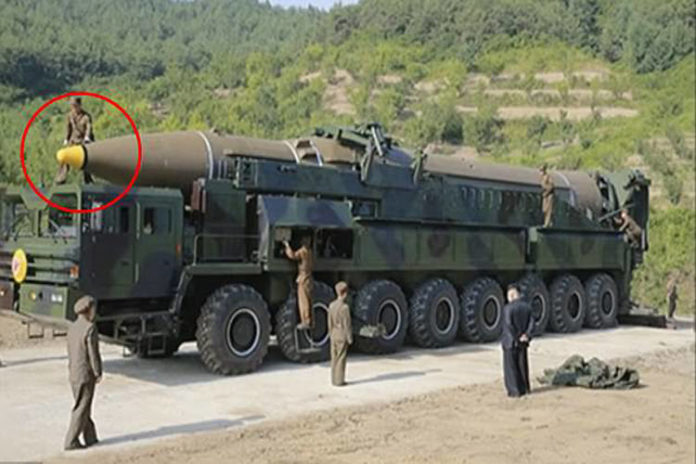 Dr. Jonathan Adelman, a professor at the Josef Korbel School at the University of Denver, wrote an op-ed for the Huffington Post in which he advised that allowing these two oppressive regimes to continue with their nuclear weapons programme posed possibly the greatest threat to global peace since the Second World War.

He wrote: “The road to peace is unclear. A strong nuclear arsenal in North Korea and Iran by 2020 or 2025 could threaten the very existence of American allies in the Middle East and East Asia and even threaten part of the United States itself.”

Currently, the Iranian Regime has been able to replicate the BM-25 Musudan class intercontinental ballistic missiles that have a 2,500 miles radius and are capable of hitting Hawaii.

Adelman does not advise pursuing another nuclear deal, like Clinton’s with North Korea or Obama’s with Iran; assessing that this could be “ fatal to the ultimate cause of peace”.

He wrote: “The only thing worse would be to allow these anti-democratic harsh and hostile regimes to grow their nuclear arsenals to the point that they could dominate these vital areas. Only one thing is clear: the threats to peace in key areas of the world are worse than any time since 1991 and even possibly 1945.”

The relationship between Iran, who is still under the 2015 nuclear deal, which is supposed to prevent them from creating nuclear weapons, and North Korea, means that the Iranian Regime could implement North Korean nuclear technology onto their ballistic missiles as soon as the nuclear deal runs out.

Luckily, there are many states within the Middle East who are also worried about this including Egypt, Jordan, Saudi Arabia, the United Arab Emirates, and especially Israel.