The congressional legislation was aimed at pressuring the administration to move on those sanctions by making it illegal to implement the nuclear-related sanctions unless all affected companies could be certified as being unconnected to the Iranian ballistic missile program. But that measure was made unnecessary when the administration imposed the new sanctions mere hours after concluding a prisoner exchange with Iran.

Nevertheless, a re-do of the original vote went forward on Tuesday in order to allow for participation by 137 legislators who missed their opportunity to vote for it the first time around. While this may strike some observers as a pointless exercise, it illustrates how important symbolic gestures are and have been in the past with respect to the discord between the Congress and the president over issues of Iran policies.

Iran News Update has pointed out in the past that Congress was considering a number of steps to block or undermine the Iran nuclear deal, even up until it was just days away from full implementation. Many of these efforts were longshots, if not certain failures, but they were apparently considered important as a means of demonstrating to both the American people and the Iranian regime that there is strong opposition to a policy of reconciliation with the Islamic Republic.

In instances like the re-vote on the ballistic missile sanctions bill, Congress serves not only to illustrate the strength of that oppositional sentiment, but also the fact that it is bipartisan. While the Republican Party has been unified in opposition of the president’s Iran policy since early in the nuclear negotiating process, the delay in ballistic missile sanctions brought serious criticism from Republicans and Democrats alike.

Some congressional leaders feel that at least some measure of bipartisan unity will be important to counteracting perceived missteps by the Obama administration, especially after the current president is replaced by whomever is elected in the coming year. This sentiment was expressed by Senate Foreign Relations Committee Chairman Bob Corker in an interview with Voice of America News on Tuesday. Corker pointed out that “there are concerns on both sides of the aisle” and that this will help Congress in doing everything it can do “to hold Iran’s feet to the fire.”

Corker stopped short of endorsing a plan to “rip up” the nuclear deal under a new presidential administration. Instead, he urged the formation of partnerships “to move ahead based on where we are at the time.” But opponents of the Obama administration’s strategies do not seem to foresee a time in which reconciliation will be a realistic option. This perspective has been reinforced over the past few months by a major increase in anti-Western rhetoric coming out of Tehran.

Townhall reports that the head of the IRGC Navy claims that his forces held onto additional images of those sailors, as well as information gathered from personal communication devices that were in their position during their one-day detention. Iran’s state-affiliated Tasnim News Agency has now warned that the IRGC would release that information and those images as an act of revenge if the US ever sought to “embarrass” the Islamic Republic.

The persistence of this sort of anti-Western rhetoric raises more substantive concerns among US congressmen and other critics of rapprochement. That is, it reinforces the notion that Iran’s behavior is not changing, and thus that the money they receive under the nuclear deal may go in large part to the financing of terrorist groups and activities.

This frequently-repeated criticism was reiterated once again in an editorial that appeared at US News and World on Tuesday. The article pointed out that even staunch defenders of the nuclear deal, such as US Secretary of State John Kerry, have recently been forced to acknowledge that at least some portion of those funds is likely is end up in the hands of terrorist proxies.

Why Iran Nuclear Deal Needs To Be Tougher 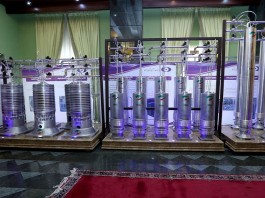 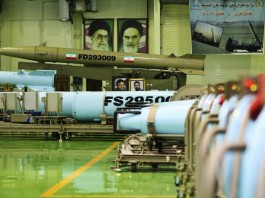 Iran Has Practically Admitted To Pursuing Nuclear Weapons, and the West...