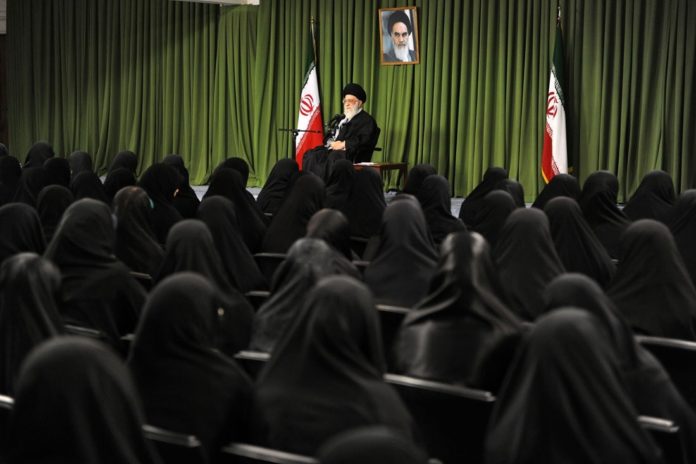 According to state-run Mehr News Agency (MNA), Khamenei said the fight against corruption should take priority for public officials.“Combatting corruption and tyranny is an arduous undertaking and, as I said several years ago, corruption resembles a mythical seven-headed dragon which is very difficult to slay, yet, it should be done,” he said.

These comments followed recent protests that rocked the country, that came over increasing economic hardship, monopolization by a few, and lack of freedom.

Previously, Khamenei called the protests a “foreign enemy’s counterattack,” financed by a “stinking rich government” in the region, in what some believe was a reference to Saudi Arabia.

The protesters were expressing dissatisfaction with corruption, Khamenei insisted, not the Islamic Revolution and system of government itself. He said, “Our nation will withstand many deprivations, but we will not remain silent toward corruption and discrimination.”

Conservative and reformist lawmakers have both recently spoken of “systematic corruption” in Iran, which is ranked 131 among 178 countries in the latest report by Transparency International.

In a poll published in Iran, 75 percent of those who responded said they are unhappy with conditions in the country, and 31 percent have given up hope of reform. The fact that this poll was published is noteworthy, given the fear of reprisal that exists in Iran.

On February 2nd, Tehran’s provisional Friday Prayer Leader Ayatollah Ahmad Khatami said that, according to Shia religious rules, the just sentence for those who “pour into the street” and “oppose the ruler” is the death penalty. He described those who rise against the establishment as “baghi,” an Arabic word that literally translates to “tyrant or aggressor.”

Numerous reports, accusations and legal cases exposing large-scale corruption by senior officials and their relatives have surfaced in the last few years. The recent protests in Iran that began on December 28, 2017 in the holy city of Mashhad, quickly spread across the country. While demonstrators expressed anger over price hikes, inflation, corruption within the regime soon became its focus. Protesters shouting slogans against the clerical rule in the country, including against the Supreme Leader himself, and called for regime change.