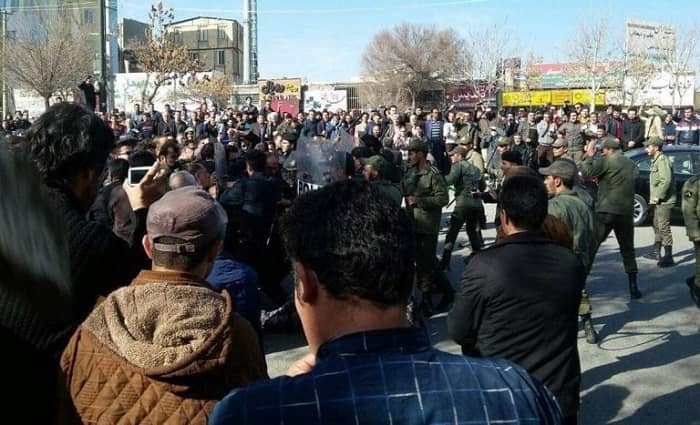 In the past three years, there have been three major uprisings in Iran. They are increasing in frequency and in intensity and it is very clear that the people have had enough. And with every uprising that takes place, the regime weakens further.

The domestic pressure is one of the biggest threats to the regime’s survival. Coupled with international pressure, the Iranian regime has realized that the people of Iran are going to be the force behind regime change.

For many years, the Iranian regime and the state media outlets would downplay protests and the effect they are having. They have also dismissed the Iranian opposition for many years, saying that there is very little following in the country and that it poses no threat to the country’s leadership.

However, in recent years this has drastically changed. Regime officials have been unable to hide their concern about major protests and the state media has been reporting on them, describing them as “bitter incidents”.

The people have made it clear that they want regime change. For four decades, the regime’s mismanagement and widespread corruption have made the lives of the people so much more difficult. The economic problems have been provoked by the regime and it is the people that suffer the most, while regime officials fill their pockets.

And most recently, the regime’s disastrous management of the Coronavirus outbreak has angered the people even more. There have been more than 100,000 deaths but the regime has also been using the health crisis to prevent another uprising. But this has been a failure because it has certainly increased the chances of another uprising happening very soon.

President Hassan Rouhani has recently started to distance himself from society and this is something that has not gone unnoticed by the people. With the decision to reopen schools, society needs to be informed about the practicalities. State-media outlets are warning that unrest is about to spill over.

Earlier in the year, the people were sent back to work far too early. They were put in danger and made even more vulnerable. Now children are being sent back to school, endangering even more of the population. The people have no confidence in this decision and it is clear that the regime is more concerned about the economic impact of the health crisis.

With regard to the feeling in society right now, the Mostaghel daily wrote last month that the government’s failures with regards to the pandemic and its attempts to use the health crisis to take away from the people’s discontent are working against the regime. It wrote: “This nation will not forget how it was abandoned during these bitter days. This will affect the upcoming incidents. Because soon, people will come to their table for eating, and their despair of an empty table will lead them to protest on busy streets.”

Iran: A Stalemate Resolved with Harsh Means and Methods