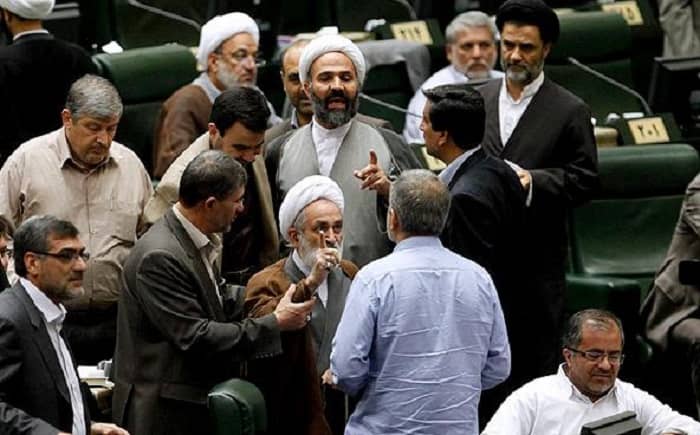 One sign of the worsening situation of Iran’s regime is the warnings that officials are giving each other. From their corruption, building astronomic wealth from the wealth of the people, destruction of national resources, brutal repression, censorship, and interfering with the people’s private lives. The list is as long as the regime’s 41 years of rule.

Below are some examples of these warnings and confessions made by the officials in the last week.

Kamal Hosseinpour, a member of Iran’s parliament from Piranshahr, acknowledged the daily killing of the kulbars (porters) and said: “Mr. Dr. Rouhani when you were taking votes for the Kurdish people of the border region, you were issuing a 10-item statement to fill your ballot box.

“You closed the borders; You closed the border markets. You shot the young Kulbars and killed them. Was that what you promise? Dear officials, until when should we witness the death and injury of our children for the sake of the family’s basic livelihood?

“After all, what is the guilt a young Iranian man, that he must be killed, whose parents one day shed blood for this revolution and the defense of this border? I swear to God we are all responsible.”

Ghodratollah Hamzeh Shalamzar, a member of Iran’s parliament, confessed in the parliament on September 6: “Officials do nothing just set up banners and hold conferences, write books, pamphlets, and give speeches. Have such things any effect on people’s livelihoods and employment? No.”

About the officials’ wealth gathering, he said: “With the aristocracy of the officials must be dealt. Why should the children of officials be educated in Western countries, when our elite rural children cannot study in their own cities? Why are the property of the officials not carefully examined? The administrative structure of the country is corrupt.”

In its September 6 issue, the state-run daily Ebtekar warned the regime’s President Hassan Rouhani of the people’s distrust of the regime and the danger of an uprising: “It seems that Hassan Rouhani has distanced himself from society and people for obvious and hidden reasons. But neither he nor any of his advisers notice that this behavior is a nail in the coffin of public trust. They either do not realize or ignore what unfortunate consequences these behaviors will have. It is not bad for those involved in security issues around the President to review once and for all what strange things have happened to the society from November 2019 until yesterday.”

Iran: A Stalemate Resolved with Harsh Means and Methods

Monarchy and Theocracy, Two Sides of the Same Coin