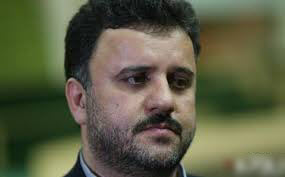 Melat Website, affiliated with the Iranian parliament, quoted Tabatabai Naini, deputy chair of the Committee on Judiciary and Legal Affairs as saying, “Regrettably, the number of prisoners in the country is over 200,000 and for serious support and programming we need to form The Organization to Support Prisoners’ Families.” He went on to criticize Iranian authorities for failing to take any steps toward reducing the prison population.

This representative of the 9th parliament noted that many families of prisoners are at risk of falling victim to criminal acts themselves. He also complained that Iran lacks proper standards for detaining people and that the country suffers from a cultural problem because from the very first stage, the arrestee is assumed to be guilty.

Naini said that this practice has been in place since the time of the Pahlavi monarchy and that its persistence is a major contributor to prison overcrowding. Presently, 60% of the prisoners are detained for drug-related charges and the many executions and long-term imprisonments have only scarred the society and led to narcotics traffickers increasingly using firearms.

Naini stated that executions have failed to achieve the expected results and that the judiciary alone cannot decrease the overcrowding of the prisons.

Previously, Hossein Mir-Mohammad Sadeqi, legal deputy of the Strategic Research Center, had remarked that years of implementing executions has not succeeded in diminishing drug related crimes in Iran.

In presenting his latest report to the UN Human Rights Council in Geneva, Ahmed Shaheed, the United Nations Special Rapporteur on the situation of human rights in Iran, said: “Iran’s regime executed at least 966 prisoners in 2015, the highest such rate in 10 years.”

Mr. Shaheed highlighted reports that individuals accused of national security and drug crimes are often deprived of the most basic due process and fair trial rights such as proper access to lawyers, and are subject to long periods of incommunicado detention, torture, ill-treatment, and forced confessions used in court to secure convictions.