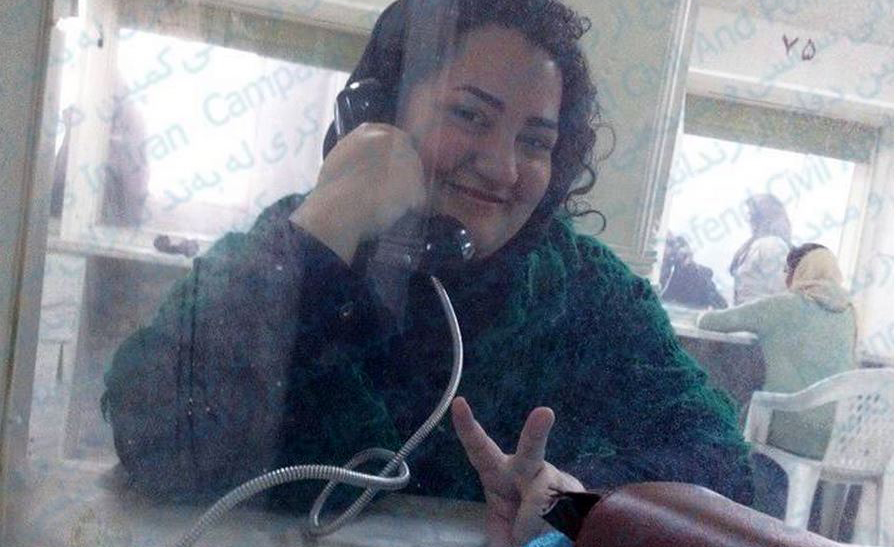 Nemati continued, “But the two of them were instead taken to Ward 2-A controlled by the Revolutionary Guards and one of the female guards tried to beat them, but she was stopped by other agents who said they did not want to beat Atena. But then five agents came and attacked my daughter and Golrokh and beat them up. Then at 9:30 at night they were taken to Gharchak Prison.”

She said that in early January of 2018, Daemi and Iraee had been ordered to appear at Branch 4 of the Revolutionary Court at Evin Prison for allegedly insulting Supreme Leader Ali Khamenei and reciting a political poem in prison. Stating they had not been summoned in writing — the correct legal procedure — the two girls refused to go.

Nemati detailed the physical abuse and unannounced transfer of her daughter in a letter to Asma Jahangir, the UN special rapporteur for the human rights situation in Iran. “They have destroyed the best years of Atena’s youth by giving her a heavy sentence for the crimes of defending children and women’s rights as well as fighting against capital punishment,” she wrote on January 25th, 2018. “But for the Iranian judiciary, this is not enough. They also want to take away her and her family’s peace of mind every single day.”

Iraee, who worked as an accountant, has been serving a six-year prison sentence since October of 2016. She was charged with “insulting the sacred” and “propaganda against the state,” but it’s believed her sentence was primarily for writing an unpublished story about stoning that was confiscated during a raid of her home by the Revolutionary Guards. Iraee’s husband, civil rights activist Arash Sadeghi, who is serving a 19-year sentence, was the original target of the raid.

After foreign ambassadors were given a staged tour of Evin Prison on July 8th, 2017, Daemi and Iraee wrote a joint letter describing how the ambassadors were shown only certain sections of the facility, and didn’t visit any political prisoners.

Their letter asked, “Did they tell you about unsanitary conditions and women’s health? Or about the conditions inside the clinic where they prescribe wrong medications? Or about using sanctions and budget cuts as an excuse for the lack of disinfectants and cleaning material?” The activists also inquired, “Have they told you that for religious reasons, male prison doctors do not check female prisoners or give them injections and blood pressure tests? Have they told you there is not even one female nurse to carry out these tasks? Do you know how many hundreds or thousands of inmates suffer from kidney problems because of the prison’s unhealthy water?”