Thousands of delegates representing Iranians living in Germany attending a convention in Berlin on Saturday declared their support for democratic change in Iran and called for the release of the seven Camp Ashraf residents taken hostage by Iraqi forces.

The participants declared their support for the Ten-point plan of Mrs Maryam Rajavi, the president-elect of the Iranian Resistance, for future democratic Iran.

The supporters of Iranian resistance, who had come to Berlin from across Germany, strongly condemned silence and inaction of German government in the face of great crime against humanity occurred on September 1 in Camp Ashraf, particularly because Germany after the U.S and Iranian regime is one of the biggest economic partners in Iraq and due to its extensive communication and relations with this state it could easily put pressure on the Iraqi government to release hostages.

The Iranians called on the UN to station a permanent UN monitoring team and a unit of Blue Helmets in Camp Liberty to guarantee protection and security of nearly 3000 defenseless Iranian refugees in Iraq. 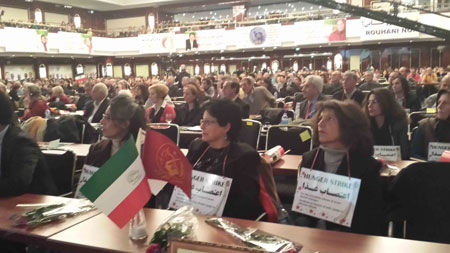