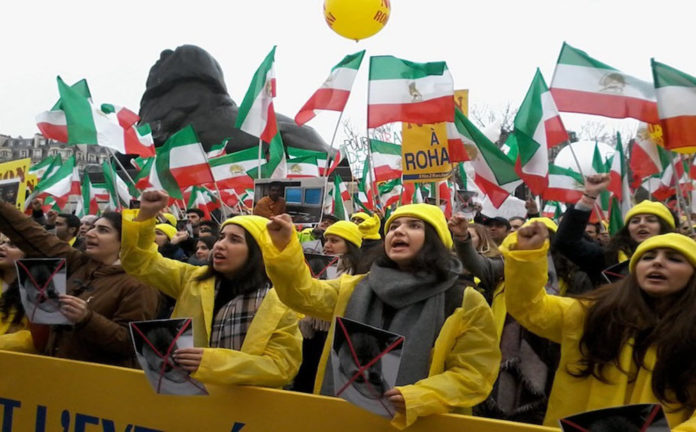 According to Dr. Majid Rafizadeh, Harvard-educated Iranian-American political scientist, and leading expert on Iran and US foreign policy, businessman and president of the International American Council believes that “certain journalists are all too willing to naively, or perhaps maliciously, lap up every shred of misinformation about the Iranian opposition and augment every iota of pro-regime propaganda. These ‘useful idiots’ crop up in newspapers and on radio and television in Europe and the US.”

The propaganda has increased and a well-funded, highly organized misinformation campaign is working to demonize the the Mujahedin-e Khalq (MEK), by likening them to a terrorist cult. The MEK is only viable alternative to Tehran’s rulers. For four decades they have opposed the theocratic regime.

The final phase of tough new US sanctions on Iran, which target oil exports, shipping and financial transactions has gone into effect.

In Iran, protests are spreading nationwide, and the clerical regime is floundering. As usual, the government has responded with repression at home. The economy is collapsing, with massive unemployment especially among the young and well-educated Iranian population. The Iranian people are angry because Iran’s vast oil resources have been systematically misused to enrich the mullahs and to finance proxy wars across the Middle East. Protests have become a common, if not daily, occurrence.

As Iran Human Rights Monitor has reported, executions have been on the increase, including 22 hangings in two weeks. Arbitrary murders, deaths in custody, inhuman treatment, cruel punishments, and appalling prison conditions have also been reported.

However, protesters are still willing to push back against the repression to make their voices heard. Dr. Rafizadeh explains, “Unable to crush the unfolding uprising at home, the Iranian regime is striking overseas. Terrorist plots targeting the MEK in Albania, France, the US and Denmark have been foiled this year. One Iranian diplomat is jailed in Belgium, three have been expelled from France and the Netherlands, and the terrorist arrested in Denmark has been exposed as closely linked to the regime’s ambassador in Norway. Thankfully, those attacks have been to no avail.”

He also enlightens us about the misinformation campaign regarding the MEK, whom Supreme Leader Ali Khamenei has described as the “foot soldiers” of the uprising. “Tehran is desperately seeking Western journalists and media outlets that can be persuaded to smear the MEK, in conjunction with a widespread campaign to manipulate Facebook and Twitter. Tehran is also employing the services of Iranian nationals posing as journalists to do the bidding of the Ministry of Intelligence and Security (MOIS),” says Dr. Rafizadeh.

In fact, Facebook closed 652 accounts and Twitter shut 770 accounts, last August — identifying them as the Iranian government disseminating fake news and lies. Many accounts were used to smear the Iranian opposition. Articles demonizing the MEK began appearing in the US and Europe at the same time, mostly written by pseudo-journalists and experts affiliated with Tehran. The “sources” who they quote in their articles as “former members of the MEK” seem to have a documented history of collaboration with Iran’s MOIS. The lies are readily accessible to fact-checking in numerous independent sources. That publications in Europe and the US would give them any attention is deeply disturbing.

Recently, Iranian agents in Europe and America were arrested. Assassinations and terror attacks on members of the Iranian opposition were being planned, as evidenced by last summer’s failed bomb plot against the Iran Freedom Rally in Paris, which many independent scholars and personalities from all political parties and from differing religious and ethnic backgrounds who annually attend.

A significant majority of the Iranian people are demanding change, despite the risks of dire reprisals. “The MEK and its parent coalition, the National Council of Resistance of Iran (NCRI), led by the charismatic Maryam Rajavi, offers a viable democratic alternative,” claims Dr. Rafizadeh.