A number of political personalities, women’s rights and human rights activists from various countries – in particular women politicians and activists from the Middle East and North Africa – took part in the afternoon conference.

The event was held in the central office of the Iranian resistance in Auvers-sur-Oise, in the northern suburbs of Paris.

According to an organizer, women politicians and activists from Jordan, Palestine, Egypt, Syria, Morocco, Tunisia, Yemen, Sudan and Pakistan were among the participants and speakers. 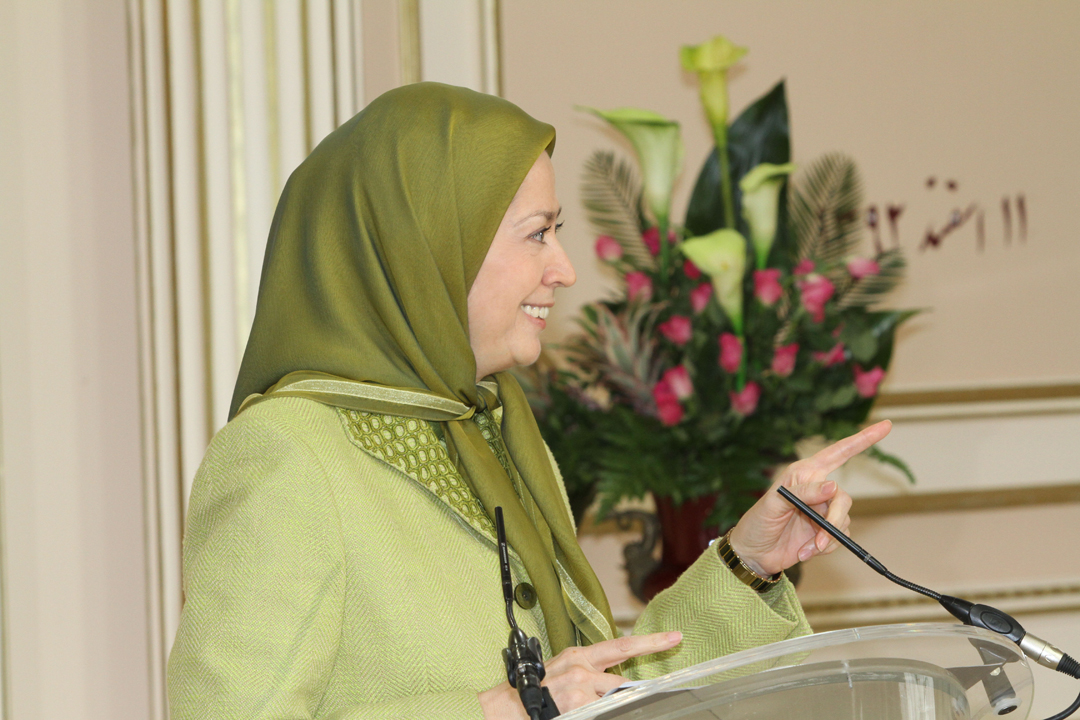 Maryam Rajavi, the charismatic president-elect of the National Council of Resistance of Iran said: “If it were not for this regime, Bashar Assad would have been toppled long ago; in Iraq the true representatives of the people would have been in power; and the situation in Lebanon, Palestine and other countries would have been different. Thus, supporting a Resistance which has arisen to remove this ominous regime not only expedites the freedom of the Iranian people, but contributes to the liberation of all peoples of the region from fundamentalism, terrorism and misogyny.”

Rajavi, who wore elegant olive attire, spoke passionately and expressed her sympathy with the oppressed peoples of Syria and Iraq. She said: “They are all being crushed by an evil war that is being directed by Tehran. Ending these calamities requires the ousting of the religious dictatorship ruling Iran. This is the most important responsibility of the women’s movement and the advocates of the ideal of equality.”

According to Rajavi, “The campaign to overthrow this regime is linked to the fate of all peoples of the region. Therefore, in the 21st Century, the struggle for equality is intertwined with the struggle for liberation  from dictatorship and fundamentalism.”

The Iranian opposition leader called on all women activists to do their utmost to support the Iranian exiles in Iraq as they live under constant threat of attack at Camp Liberty near the Baghdad airport. She also called for immediate action in securing the freedom of the seven Iranian dissidents, including six women, who were taken hostage in Iraq on September 1.

Some 3,000 Iranian opposition activists, including nearly 1,000 women – members of the Iranian opposition, the people’s Mojahedin Organization of Iran (PMOI/MEK) –  live in Camp Liberty. Camp Liberty came under rocket and missile attacks on four occasions in 2013 from the agents of the Iranian regime in Iraq and with the complicity of the Government of Iraq. A large number of defenseless residents were killed and wounded in the attacks. 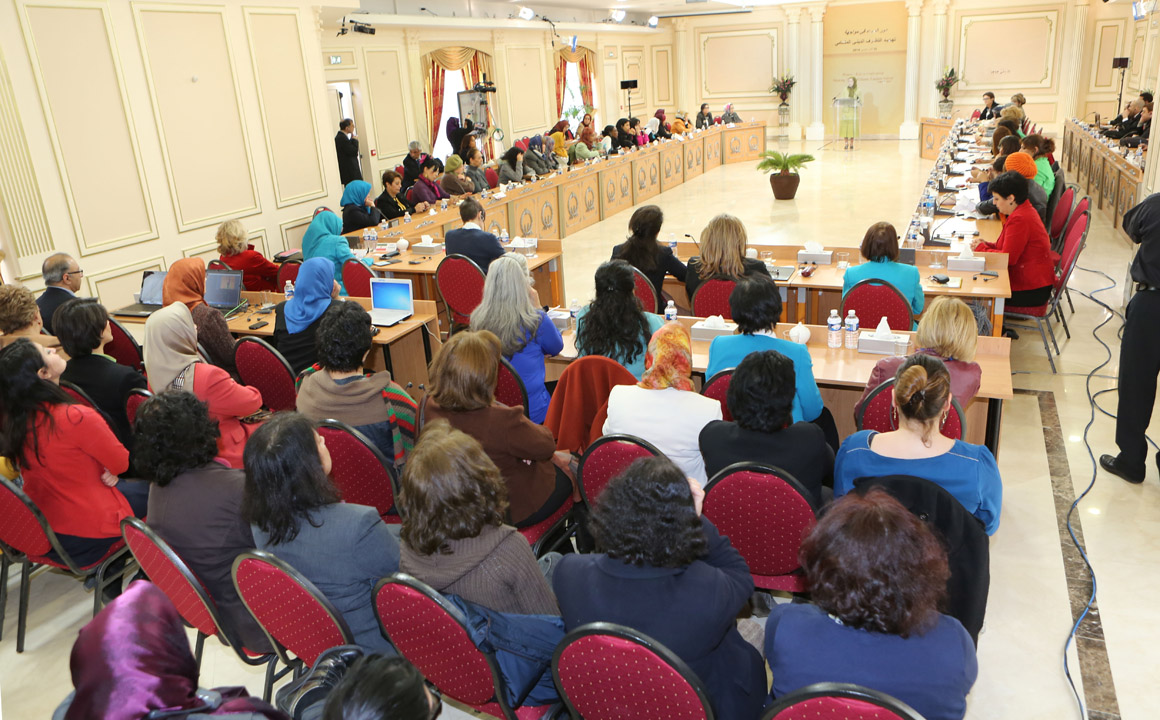 According to other speakers, fundamentalism is the greatest plague for the countries in the region and the Islamic world, as well as the greatest threat for the Arab Spring. This ominous phenomenon victimizes women the most.

This international event was the second in the past two days organized by the Iranian resistance. Both events were in advance of international Women’s Day, which falls in Saturday, March 8th.

On Saturday, March 1st, women activists from around the globe joined with prominent women politicians and dignitaries from across Europe and the United States in Paris to reject the notion that Iran’s new President, Hassan Rouhani, is a moderate or has any moderate agenda. They pointed out that this is especially valid when it comes to issues regarding women and women’s rights.