The protests have been going on for weeks in Baghdad and the Shi’ite Muslim-majority south, with hundreds, were gunned down by Iraqi security forces, but this is believed to be the strongest expression of anti-Iranian regime sentiment yet in Iraq. Consulate staff was evacuated shortly before demonstrators broke in and there were no reports of casualties. Following the incident, local authorities imposed a curfew. 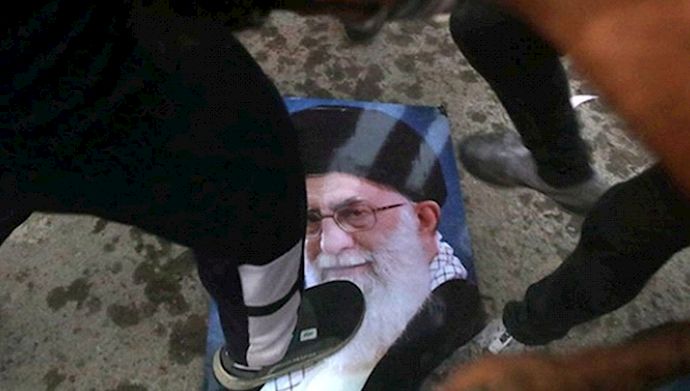 The protests, which began on October 1, are the biggest and most difficult challenge that the Shi’ite-dominated ruling class has faced since Saddam Hussein was toppled in the 2003 US-led invasion.

The young Shi’ite protesters said that politicians are corrupt and in the pocket of the Iranian regime, noting that government reform was nothing more than a few state jobs for graduates, stipends for the poor and pledges of election reform that have not come to pass. The people want to push the government from power and root out state corruption.

Ali Nasser, an unemployed engineering graduate protesting in Basra, said: “First we were demanding reform and an end to corruption. But after the government started killing peaceful protesters we won’t leave before it’s been toppled together with the corrupt ruling class.”

These are similar to the sentiments being expressed in the ongoing Iran uprising, where the people took to the streets over an economic issue and quickly began demanding regime change.

Also on Wednesday, protesters blocked roads in southern Iraq with burning tires, clashed with police in Baghdad, and stopped government employees in Basra getting to work by installing concrete barriers painted as mock-up coffins of relatives killed in the protests.

While security forces shot dead two people in Kerbala and two in Baghdad on Wednesday, while a fifth person died when security forces opened fire during protests in Basra. The total dead during these protests are now 344 people.

Those who opened fire on Iraqi protestors were members of the Popular Mobilization Forces, a paramilitary proxy group under Iran’s control, and Iraqi security forces under the control of Brigadier General Iraj Masjedi, the third-highest ranking officer in the Iranian Revolutionary Guards Corps(IRGC) Quds Force.

Despite all this, the government is not enacting any kind of change, has failed to call an early general election, and the political class has closed ranks.