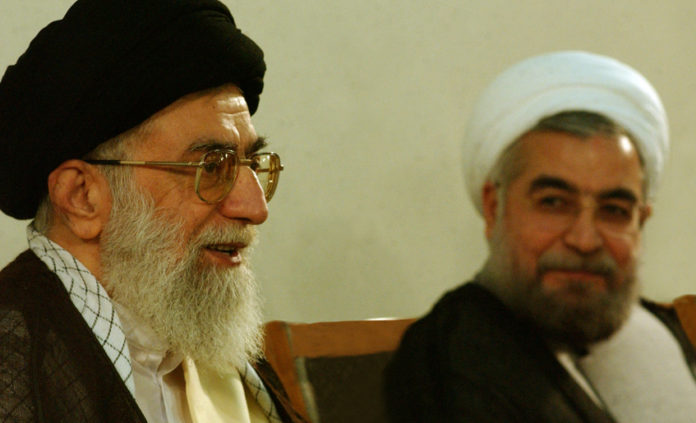 The mullahs’ Supreme Leader Khamenei reiterated on April 9: “None of the nuclear achievements will be shut down and no one has the right to make a deal on them.”

Khamenei repeated several times in his speech that “negotiating does not translate into the Islamic Republic of Iran surrendering on its nuclear path”.

He told nuclear scientists and experts: “The path that you initiated should continue with seriousness and full strength” and “in the nuclear path there will absolutely be no halt or slackening.”

Khamenei denied the fact that the international sanctions against Iran were due to its nuclear program. He tagged such a thought as “childish” because the “sanctions were there even before the nuclear program”.

Khamenei emphasized that “the sole avenue is to continue full force on our path and not pay heed to coercion.”

He alluded to his opposition to the Additional Protocol (1997) of the IAEA for intrusive inspections of the nuclear sites and said, “The relation between the IAEA and Iran should be ‘conventional and non-extraordinary’”.

In this meeting, Ali Akbar Salehi, the head of Iran’s Atomic Energy Organization, reported to Khamenei that “from today, the unit that produces isotope Oxygen 18 shall initiate its work in Arak’s research reactor”.