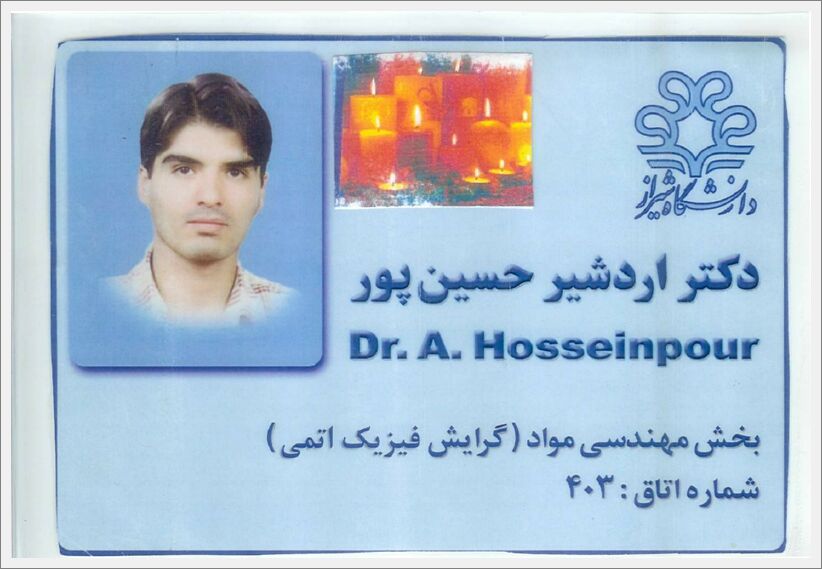 According to Mrs. Hosseinpour in November 2004 her brother met by three special agents of the Iranian regime’s Defense Ministry with a direct message from the  Supreme Leader, Ali Khamenei.  Accroding to Mr. Hosseinpour;s sister, Khamenei sought to enlist Dr. Hosseinpour to work on increasing the capabilities in uranium enrichment for the purpose of building atomic weapons. Apparently Dr. Hosseinpour rejected the request.

Mrs. Hosseinpour said her brother officially announced that he would no longer cooperate with the regim’s military nuclear projects because in his opinion, those projects would result in serious financial damage for the people of Iran as well as isolation from the international community. She emphasized Dr. Hosseinpour’s persistent resistance against the Iranian regime and its nuclear intentions led Ali Khamenei to order his assassination on January 15, 2007.

Mrs. Hosseinpour also said her brother married one of his long time students, Mrs. Sara Araghi.  Mrs. Araghi had intimate knowledge of many of Dr. Hosseinpour’s research and academic secrets.  She was aware of a DVD that contained research and formulas for building an atomic bomb. .