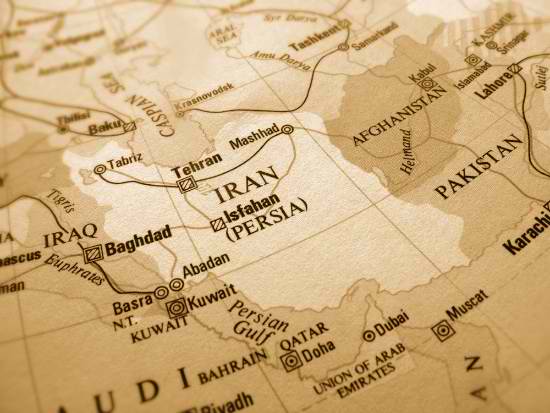 Zarif gave just such a response to the outpouring of Iranian pilgrims who rushed into Iraq to mark the Shiite holiday, Arbaeen. Zee News reports that some of those in attendance declared that they their pilgrimage was made in response to Khamenei’s “orders” for his citizens to make their presence known in Iraq. The attendance at this year’s commemoration of Arbaeen in the Iraqi city of Karbala was double that of last year. This was motivated in part by government promotion, but made possible by the Iraqi government’s decision to eliminate visa requirements.

Zarif described the free entry of these 750,000 pilgrims into the country as a “symbol of the cooperation and union between our two countries.” But more than that, for opponents of Iranian influence on the Baghdad government, this may be seen as a symbol of the blurring of the boundary between Iraq and Iran – a trend that is paralleled on the boundary between Iraq and Syria, where the Sunni Islamic State wields particular influence.

The Syrian theater of conflict contributes to even more of the “cooperation and union” that Zarif and Khamenei appear to be pursuing mutually. That is, Iran’s defense of the Syrian dictatorship of Bashar al-Assad is supported not only by Iraqi-based Shiite militias but also by Iran’s powerful national ally, Russia. Gulf News reported on Monday that Zarif had expressed support for an unspecified Russian plan for a “political solution” to the Syrian Civil War.

Whatever the plan consists of, it evidently does not involve input for the US and other Western powers that back the moderate rebel groups. Iran has always rooted its national image in defiance of the West, but the influence of strong political, economic, and military allies like Russia seem to make that defiance more open and more challenging. And this certainly concerns the conflict over Iran’s nuclear program.

A report published in Foreign Policy on Monday explained that a US delegation has presented the United Nations with evidence that Iran has been working to illicitly obtain components for a nuclear reactor that would advance the nation’s capability beyond the constraints imposed by the interim agreement that initiated negotiation between Iran and the P5+1.

The report further explains that these acquisitions violate international sanctions on such trade, but that many nations have stopped reporting violations in light of the perceived improvement in diplomatic relations between Iran and the West. Foreign Policy notes that this sanctions-defiance isn’t just confirmed by third-party intelligence, but has been admitted by the supposedly moderate elements of the current Iranian government. The article quotes President Rouhani as having said in August, “Of course we bypass sanctions. We are proud that we bypass sanctions, because sanctions are illegal.”

The new information about Iran’s illicit activities suggests that those activities will become even more difficult to impede if sanctions are actually lifted as a result of negotiations, as opposed to merely being underreported.

This also contributes to the impression that the Iranian regime has something to hide, as has been the motivating assumption behind sanctions and nuclear negotiations from the start. An article by Gareth Porter at Counter Punch argues against this assumption, saying that the regime could have legitimate national security reasons for stonewalling international inspections of suspicious sites like the Parchin military base.

Porter advocates for a different international approach to inspections, including focus on the Marivan region where intelligence indicates that the regime carried out tests of explosives that could be used for nuclear detonation. But at the same time, this editorial illustrates the ways in which the regime has attempted to exert tight control over the inspection issue. In addition to obstructing access to Parchin, the regime specifically offered “one managed inspection” of Marivan – something that could allow it to conceal evidence of the suspicious activities that took place there and then claim that the matter has been fairly settled.