It has been quantified as being 28 million rials per month or less which is the equivalent of around $230 with the free market exchange rate and $480 based on the government’s official exchange rate for next year’s budget.

Purchasing power has declined across the whole country and more people are struggling to live adequately. Not even comfortably. Just adequately.

Twelve months ago, it was possible to buy a single dollar for 40,000 rials on the open market. With the current exchange rate, it is now 120,000 rials. A three-fold increase.

Since spring last year, 22 per cent more people in Tehran have fallen under the poverty line. Even if wages have increased, it has not been enough to stop millions from living in extreme poverty because of the rapid increase of the cost of goods.

More people in rural parts of the country are suffering from the problem compared to the populations of urban areas.

The people know that this is all because of the Iranian regime’s mismanagement and corruption. At the end of their tether with such malpractices, the people of Iran took to the streets at the end of last year to make their discontent known. The protests spread rapidly across the country and they are continuing to this day.

The people of Iran have made it very clear that the only solution that remains is regime change. Foreign governments have encouraged the people to be patient and to let the “moderate” government bring change. However, this is a very naïve view because moderation within the Iranian regime is nothing but a myth.

The regime has had countless opportunities to change its path, but it has always chosen terrorism and malign activities outside its own borders. When the previous economic sanctions on Iran were lifted, billions of dollars were freed up. Instead of putting these funds towards domestic problems that needed addressed, it used its newfound funds to spread terror across the region.

The people are the first victims of the regime and it is up to the international community to support them in their quest for freedom, democracy and human rights. The people have been so badly treated and disrespected by the leaders that have a responsibility to look after them and it is callous to leave them to their own devices.

The U.S. administration’s maximum pressure campaign will hopefully add to the domestic pressure and result in the collapse of the regime. 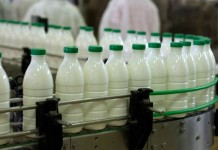 Iran Increases the Price of Milk

In fear of people, Iran’s government steps back from its crimes

Who is Responsible For Child Suicides in Iran?

Iran Increases the Price of Milk

On October 27, the Iranian government increased the price of raw milk by 30 percent, shocking many citizens, particularly those whose businesses relevant to...
Read more
Society

In fear of people, Iran’s government steps back from its crimes

Iran’s state media have highlighted the public backlash over the parading of young people, labeled ‘thugs’ by the authorities, on the streets. “Parading thugs in...
Read more
Society

Who is Responsible For Child Suicides in Iran?

On October 13, Iran’s society was shocked by the suicide of 11-year-old schoolchild Mohammad Mousavizadeh. Due to excessive poverty and his family’s dire living...
Read more
Go to mobile version