The woman, identified only by her first name, Mehri, was killed in the Central Prison of Mashhad after six years on death row. She is the third woman to be executed in Iran in 2020.

The Khorasan daily reported that she was accused of murdering her husband.

The Iranian regime does not categorize murders by type, which leads to many murder convictions for people who were acting in self-defense or didn’t mean to kill someone (i.e. manslaughter). For another, the regime does not take domestic violence or abuse seriously, even setting out to normalize it in state media. This means that victims have nowhere to legally turn. They are the property of their husbands. Many domestic abuse victims have snapped and killed their abusers, before being sent to the noose for it.

Mehri’s case is not totally clear, but why else would the regime be so cagey about releasing information that could identify her?

Iran has the world’s highest rate of executions per capita, according to Amnesty International, with its 2020 report stating that about one-third of global executions happen in Iran.

Iran Human Rights Monitor wrote in their 2019 report that 273 executions were carried out in Iran that year, including 16 women and nine juveniles. This is a minimum because of od the regime’s secrecy around statistics that make them look bad.

This does not include the 1,500 extrajudicial killings during the November protests or any of the other deaths at the hands of the regime that weren’t specifically being hanged. Many people were gunned down in the streets over the year, while dozens will have died under torture in prisons.

Iran HRM wrote: “Iranian regime officials have never heeded to the International community’s calls to abolish the death penalty. Iran’s deliberate use of capital punishment has been a constant source of international outrage and condemnation. According to several independent international bodies, including the UN Special Rapporteur on Human Rights in Iran and Amnesty International, Iran is the leading state in executions per capita, second only to China in terms of figures. Iran also tops the charts in the number of executions of minors and juvenile offenders.” 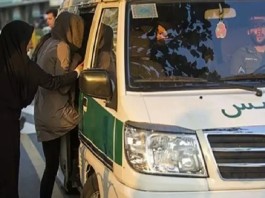 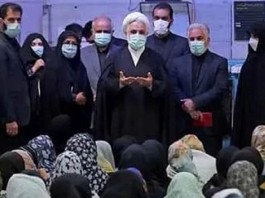