IRNA news agency reported on February 9th that Mohammad-taqi Hosseini, speaking to the 8th meeting of the Coordination Council of the Convention on the Right of Children, stated:

“The phenomenon of street children is one of our problems today and even if we close our eyes to it, it will nevertheless continue. The “street” or “work children” involve various groups of children that have to spend part of their life on the streets. These children that are threatened with being harmed are divided into several groups: 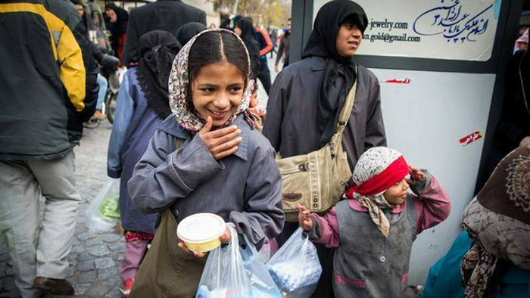 -Some of these children are sold as soon as they are born due to the fact that their parents are addicts or they are not married, or they are stolen from maternity wards. These children come to the streets at age of 3.

-The next group is children born into poverty and they come to the streets at ages 6 to 14. A district with especially many street children is Salehabad near the Behesht-e Zahrah Cemetery in Tehran. These children mostly sell flowers.

-The third group has been sold in their childhood or come to the streets for other reasons and they even steal things, rob wallets, etc.

I have to say that such things exist in the country, even though the buying and selling of children is not certified and there is no official place for it.

Due to the poverty of their families, these children are exposed to the sometimes cruel intentions of others. This phenomenon exists as early as the birth of the child when parents sell them for a small amount of money.”

Hosseini said that most mothers who sell their children do not know what kind of a fate they will have. He added: “The truth is that most of these children will never feel happiness and only very few of them will get to grow up in a normal family. A number of young girls live without any birth certificate or identification and they are violated and get dreadful diseases such as AIDS and Hepatitis. Some sell drugs and no one knows their families.”