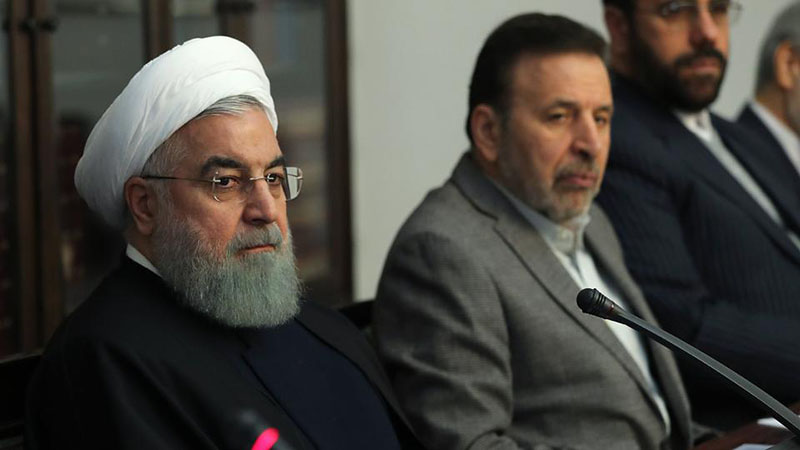 The President Hassan Rouhani faction believe that INSTEX is the only way to save the Regime’s failing economy (at least for a few years), but the Supreme Leader Ali Khamenei faction believes that passing the FAFT bills to combat money laundering and terrorist financing will be detrimental to the Regime (because the Regime is inherently corrupt and is the world’s leading sponsor of terrorism).

This has left the Regime at a standstill and prominent figures on both sides have called on Europe to water down the FAFT bills, which would make the Regime’s financial sector less transparent, and have criticised the EU for forcing them to comply.

Islamic Revolutionary Guards Corps (IRGC) commander and current secretary of the Expediency Council, Mohsen Rezaee, said: “Generally, we are not happy with the behaviour of the Europeans. In the [nuclear deal] there are important commitments that need to be addressed, including buying and selling oil and founding bank branches. Anyway, Europeans’ behaviour can have an impact on the views of members of the Council.”

It’s worth noting that the remaining FATF bills are stuck in the Expediency Council, so Rezaee appears to be holding them hostage.

The parliament’s commission on national security and foreign policy spokesperson, Seyed Hossein Naghavi Hosseini, said: “There is no doubt that trust-building behaviour by Europeans can be constructive but hasn’t happened yet.”

While former Iranian ambassador to France, Hamidreza Assefi, said that Europe is “killing time” and abandoning the nuclear deal in favour of the US campaign against the Regime.
Others meanwhile, including former minister of commerce Yahya Ale Eshaq, say that INSTEX is ineffective because it only allows Iran to buy non-sanctioned goods and will not allow the movement of money.

Rouhani has struck back against these claims and called on the Expediency Council to pass the FATF bills, highlighting that no other FATF member has a problem with transparency. However, it is important to note that the President and any other politician in Iran hold no real power. Khamenei holds all the cards and he will make the final decision of FAFT, INSTEX, and everything else.