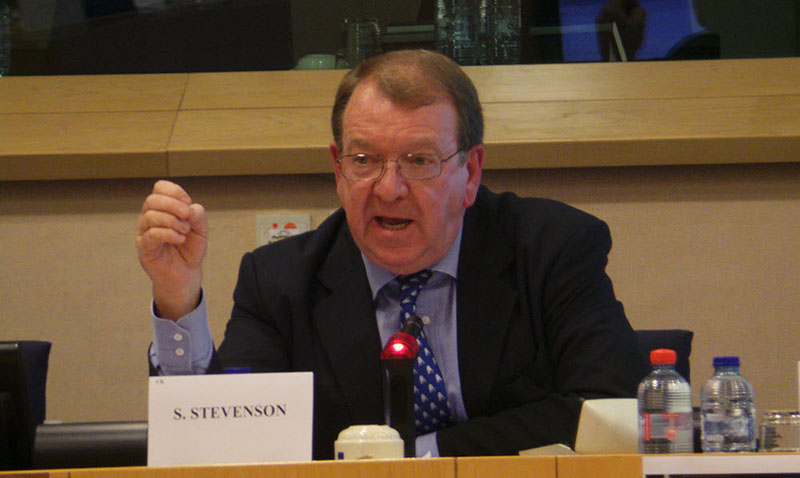 Stevenson explained that the Regime is telling Western media “ludicrous lies and slanders” about the MEK, the democratic opposition banned in Iran, and called out the newspapers that parrot off Regime talking points with so much as a simple fact check, including the Guardian, the Independent, and Der Spiegel.

Der Spiegel, which recently published another MEK hit piece accusing the group of training members to gouge out eyes, tear open mouths, and cut throats, admitted only last December that one of their most notorious journalists, Claas Relotius was fired for writing false stories about the MEK.

It should go without saying that none of these claims against the MEK is true, as numerous politicians, legitimate journalists, and human rights advocates that visit the MEK headquarters in Albania (or any other country) can tell you, including Stevenson himself. But Der Spiegel turned down the opportunity to visit, which is the mark of a hack who would never get the truth get in the way of a good story.

Stevenson said: “This kind of horrible fake news and attempts to blacken and demonize the PMOI (MEK) simply plays into the hands of the mullahs. Not a mention in that article about the human rights atrocities that go on, on a daily basis, not a mention of the 30,000 political prisoners [mainly MEK members] summarily executed in 1988.”

But more important than the lack of journalist integrity is the fact that the mullahs are yet again using propaganda and fake news to justify their international terror campaign against the MEK. When the Western media becomes the mouthpiece for dictators and tyrants, it allows the Regime to violently attack the MEK with impunity, as they have done many times in the past and as they did several times over the past year on European soil.

Part of the problem is the European Union’s continued appeasement of the Iranian Regime, which involves ignoring their human rights abuses in Iran and elsewhere in favour of lucrative trade deals, even when Iranian diplomats in Europe plot terror attacks targeting MEK rallies in the heart of France and assassination attempts against Iranian dissidents in the Netherlands.

Stevenson explains that the world is now at a crucial moment in the history of the Iranian regime, where the mullahs could finally be overthrown and the theocratic dictatorship could collapse, which means “Europe’s inaction is particularly damning”.

He advised that the international community have to make a choice between democracy and dictatorship, between peace and war, between right and wrong. They must pick between supporting the Iranian people and the MEK in their fight for freedom and democracy or back the violent dictatorship in their repression and human rights violations.
To be clear, the right side of history is to support the oppressed rather than the oppressors.

Stevenson said: “I know which side I am on, thank you very much.”