Now, the government is denying that the southern provinces are facing an unprecedented locust attack.

These locust storms are causing a great deal of damage to Iranians in the area, but the authorities are staying silent, refusing to provide any information, likely because they still want to portray that strong and stable image to the world. The authorities know that the more information the Iranian public has about the government’s mismanagement and corruption, the fewer people will come out during events related to the state.

The mullahs were eventually forced to acknowledge the locust attacks in the provinces of Bushehr, Hormozgan, Sistan and Baluchistan and Fars, following a report in The Daily Star, but state media reports still say that this crisis is similar to the locust storms from last year. This is an attempt to hide the government’s incompetence and failures.

These locust storms have increased in comparison to previous years, with 500 million locusts estimated in every square kilometer and 700 to 800 hectares of agricultural areas near Parsian attacked. One official said this is an increase from millions of locusts to billions.

In Khuzestan, locusts are attacking the sugarcane fields and the locust storms could soon spread to other agricultural areas, according to an official there. This is serious because sugarcane fields are already in a critical condition, especially near the cities of Ahvaz, Shushtar, Shadegan, and Khorramshahr, and a lack of appropriate measures by the Iranian authorities could well lead to other parts of the province being attacked and other food sources being destroyed.

The Iranian officials have failed to take even the least amount of action, which would be sending pesticide spraying planes to the affected areas to kill locusts before they have a chance to destroy all of the food there and starve the Iranian people.

One provincial agricultural official from Bushehr Province told the state-run Salamat News that the locust population is far more than last year and in engulfing nearly all the province’s cities, including Bushehr, Dashtestan, Jam, Deer, Tangestan, Ganaveh, Asaluyeh, and Kangan.

The official said that the locusts are spreading from farms to orchards and that the government should take three times the measures it took last year.

Iran Hits by Flooding; Regime Does Nothing 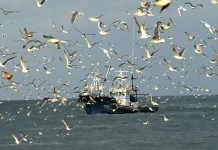 Heartbreaking Death of a Seven-Year-Old Boy in Iran 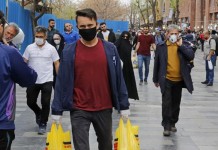 What Happens in Iran with the Coronavirus?

Heartbreaking Death of a Seven-Year-Old Boy in Iran

On December 1, Hamshahri Online website reported that the corpse of seven-year-old Seyed Ali-Asghar Mousavizadeh was found on the coast of Dayyer port. Somewhile ago, Ali-Asghar's...
Read more
Society

What Happens in Iran with the Coronavirus?

The coronavirus crisis in Iran is only getting worse, despite what the regime called “severe restrictions” and a “smart lockdown.” “The conditions of the province...
Read more
Society

The coronavirus pandemic was something that Iranian Supreme Leader Ali Khamenei originally saw as a “blessing” and an “opportunity” but has now become the...
Read more
Go to mobile version