Maryam Rajavi, the president-elect of the National Council of Resistance of Iran, sent them a video message. In these two articles, we will look at what she said. In our first piece, we examined the havoc the regime wreaked on the country and now we will look at how the Iranian people are fighting back.

Maryam Rajavi said that the Iranian people are “restless against injustice” and “harbor immense hope for change”, which is why they’ve been rebelling against suppression and refusing to surrender to the velayat-e faqih (absolute rule of the Supreme Leader).

She said: “I am proud to say that over the past 40 years, the struggle for freedom has not ceased for a second. Today, this struggle manifests itself in the Iranian people’s uprisings, including the magnificent uprisings that have continued from December 2017 to November and December 2019, and January 2020, and show no signs of abating.”

Maryam Rajavi then quoted her husband and fellow resistance leader Massoud Rajavi, who said that the “flames of resistance for freedom can never be extinguished”, no matter how much the regime tries to hide the light.

She then spoke about the November uprising, highlighting that the 1,500 martyrs of the uprising, and the 4,000 injured and 12,000 arrested, champion the same message as the 120,000 people who have been killed by the regime for supporting freedom.

Maryam Rajavi then spoke about celebrating the lives of those who had made the ultimate sacrifice, including Ashraf Rajavi, the champion of the Resistance women, commander Moussa Khiabani, and their comrades, who lost their lives on February 8, 1982.

She said: “They painted an epic struggle and kept this unforgettable flame burning, shining on the path of the Iranian people’s struggle and perseverance against the clerical regime.
Freedom-loving Iranians and supporters of Ashraf,”

Maryam Rajavi then praised the Iranians and their supporters who had held rallies that day, not just in Sweden, but also in the United States, Germany, the Netherlands, Britain, France, Italy, and Canada.

She said: “Your efforts to echo the voice of your people’s Resistance and uprising to the rest of the world is admirable. Intensify these efforts and ensure that the clerical regime faces an international blockade. Inspire international governments and institutions to support the Iranian people’s rights and to condemn the regime’s crimes.”

Maryam Rajavi further advised that the international community duty to urge the regime to release political prisoners, refer the dossier of the regime’s crimes to the United Nations Security Council, and firm policy in the face of the regime’s human rights violations, terrorism and warmongering.

She said: “A free Iran endowed with people’s sovereignty is on the horizon. Filled with this hope, we will, with conviction and passion, march ahead shoulder-to-shoulder with and for the uprising, and at every moment.” 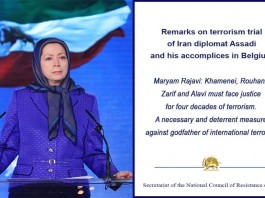 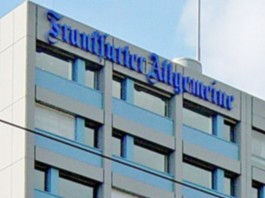 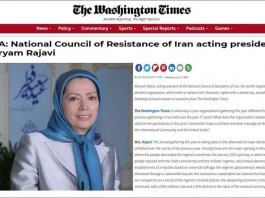